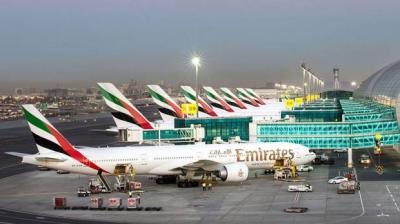 Instead of flying direct to Dubai, an Emirates flight from New Zealand will now make a stopover in Melbourne to re-fuel. Image Credits: GN Archives

Dubai: Emirates has had to change its ultra-long-haul flight from New Zealand to Dubai following a fuel shortage that has impacted a number of airlines flying to and from Auckland Airport.

In a statement sent to Gulf News on Tuesday, the UAE-based carrier confirmed that Emirates flight EK449 will now make a stopover in Melbourne to re-fuel, instead of flying direct to Dubai.Route change

The route change is in effect between September 18 and September 24.

“[The flight] operating from Auckland to Dubai between 18-24 September, will stop in Melbourne for refueling due to the Auckland Airport fuel shortage which has affected most international airlines,” an Emirates spokesperson said.

Passengers affected, however, will not have to disembark in the Australian city.

“Customers holding tickets with onward connections during this time are advised to contact their local Emirates office and check the status of their flight. Connecting flights will be rebooked as required,” the spokesperson added.

The airline launched its first non-stop service between Dubai and Auckland, considered to be one of the world’s longest scheduled flights, in March 2016.

The non-stop journey had an estimated flight time of 17 hours, 15 minutes from New Zealand to Dubai and just under 16 hours from Dubai to New Zealand.Related Links

Thousands of flyers have had their trips disrupted due to a fuel shortage caused by a damaged pipeline that brings fuel to Auckland.

The damage, which was discovered last Thursday, has prompted oil companies to ration the amount of fuel they are supplying to airlines operating out of Auckland.

“We are working with the airlines operating out of Auckland to minimize the impact on passengers. We are doing all we can to help people manage through this period of disruption,” Auckland airport said in its public advisory.

As of Tuesday, the fuel shortage caused the cancellation of 28 flights, six of them international, according to Reuters.

More in this category: « NZ boosts support for Pacific aviation security Pratt & Whitney Canada will be servicing engines for Air New Zealand and Avianca's regional fleets »
back to top
Apr 05, 2018