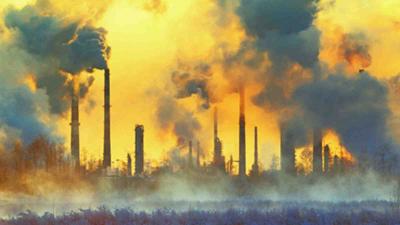 The Green Party is following up its successful ban on oil & gas development with a push to show the world that New Zealand can still further constrict its green house gas emissions.

The scheme is to demonstrate to the rest of the world that New Zealand is more committed to the elimination of green houses gases than any of the other nations that are signatories to the Paris Accords.

New Zealand is said to be responsible for 0.02 percent of world green house gases.

Half of this O.02 percent is blamed on the agricultural sector.

The Green Party has let it be known that the renewed forced march to throttle back on these gases is designed so that New Zealand can set an example to other signatories.

After the oil and gas suppression, and with the Greens letting it be known that strategic industries are very much in their line of fire.

In their intensifying international virtue signalling strategy, there is still no indication of which sectors will bear the brunt of this new Green drive to put New Zealand at the very forefront of the climate change movement.

There is unlikely to be pushback from the main Labour component of the coalition simply because it shares the same urban activist base as the Green Party itself.

Neither is there likely to be resistance from the New Zealand First contingent which also wants to see dairy conversions replaced by a massive tree planting campaign.

The lesson of the oil shock is that no sector can now stand aside with the comforting thought they are too important to be the target of the Green’s punching above its weight campaign for the nation.

Neither can they comfort themselves with mutterings such as the Green cure is worse than any illness.

The Greens know that for them the brakes are off.

More in this category: « Commonwealth War Graves in Israel Testimony to ANZAC Crucial Role in World War 1 Victory Living in Switzerland: A Settler’s Experience »
back to top
Jun 14, 2018