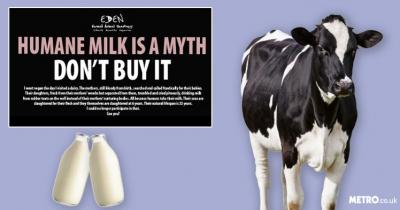 Trouble has not travelled alone for economic power house sector

Only a few years ago the industry was the showcase hero of the former National government which held power until the end of last year.

This is why the industry is finding it hard to adjust to its new status and its plunge in farming vernacular from “rooster to feather duster.”

Neither is the majority member of New Zealand’s ruling Labour coalition government, the Labour contingent, inclined to put itself out for the sector, just because its powerhouse role underpinned the productive economy of the previous National government.

Neither is the dairy sector itself blameless in all this.

It is viewed as consistently resisting environmentally “friendly” techniques such as closed-loop milking sheds of the type powered by their own dung.

Curiously this applied to the government’s own 1000 – head dairy farms which stubbornly resisted installing such models.

New Zealand is responsible for 0.2 percent of world “green house” emissions and agriculture is said to contribute half of this.

Most of this in turn is said to derive “enterically” from the digestive systems of ruminants.

This is taken to be from bovine sources and this is further pinned to dairy animals.

Nothing is ever mentioned about the contribution of those other ruminants, sheep, which weirdly have been ruled out as culprits in the deliberately inspired hysteria which has seen for example a ban on oil exploration at a time of rocketing petrol prices.

Trouble never travels alone, and so it has been for much of this year with the dairy sector.

Fonterra the processing and marketing hub of the sector was found to have made a spectacularly flawed investment in China.

Then a serious pathogen was found to have infiltrated dairy farms in the South Island, spreading to the North Island and this turn evoked questions over the failure of authorities to impose movement controls the moment it was identified.

New Zealand First party saw In Fonterra’s bungled China investment an opportunity to debunk China as a trading partner especially in the matter the New Zealand side experiences in getting paid.

The Chinese have a reputation for wiggling their way out of any commitment unless it involves payment through sight documentation.

New Zealand First now teamed up with the Greens, already proven to have a disproportionate influence in the coalition, to forestry in the form of vaulting tree planting over anything relating to the dairy sector, and in doing so implicitly condemned the sector for its large scale forest clearing during the so-recent glory years.

More in this category: « Living in Switzerland: A Settler’s Experience Vaccine for Mycoplasma Bovis is Registered with United States Department of Agriculture »
back to top
Nov 11, 2018