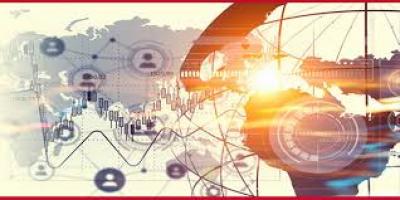 Shadowing a live trade from Kiwi meat exporter Greenlea Premier Meats to their large Korean importer, ASB was able to digitally transfer documentation and cash within one hour in this landmark event for the exporting industry.

With the blockchain platform being used in parallel with the traditional trade process, the supply chain processing time was cut down dramatically from over two days and is also thought to reduce fraud risk and cyber security threats.

The blockchain platform designed by VerifyUnion will allow Greenlea to ensure data is accurate and minimise human error, which has been an issue when exporting to over 40 different countries and dealing with varying time zones.

Marine export insurance specialist Vero and export documentation processing company Prodoc were also involved in the test and supported blockchain as a reliable successor to the paper-based system.

ASB’s next step is to innovate in the airfreight space, with participants in this trade test being announced as early as in the coming weeks.

ASB’s GM Global Transaction Banking Greg Beehre says: “This is a significant new chapter in the history of New Zealand sharing our products with the rest of the world. We’re proud to be one step ahead progressing New Zealand’s single trade window and excited to be using blockchain technology to digitise and improve the trade process for our customers.”

Developed in collaboration with global agri-commodity trading company, Agrocorp International, and blockchain provider, Distributed Ledger Technologies, the platform connects about 4,500 farmers in Agrocorp’s network in Australia to end-customers such as supermarkets and restaurants. With access to real-time pricing and supply information, suppliers and end-customers are currently able to carry out ‘live’ transactions at any time and track the delivery of orders on-the-go, allowing both sides to better manage their stock inventories.

Raof Latiff, managing director and group head of digital, institutional banking group, DBS Bank, says: “Cash flow and working capital are the lifeblood of companies and blockchain opens the doors to new business opportunities with trusted partners. The blockchain platform solution provides not only transparency, but also greater speed with which the business and its vendors can transact and finance their cross-border trades. The traceability that blockchain provides also offers much needed security when dealing with a new counterparty.”

Going forward, in the next 12 to 18 months, Agrocorp plans to broaden the reach of the blockchain platform from Australia to its other key origination markets, including Canada, Myanmar, Ivory Coast and Ukraine. The commodities trading company also intends to increase the variety of commodities traded on the blockchain platform from pulses such as mung beans and chickpeas, to cereals, cotton, edible nuts and oilseeds.

In future, the blockchain platform will also have the ability to capture in-depth details about the source of the commodities, including the location and ownership of the farm that they are grown in as well as the farming practices employed such as the extent of water, fertiliser and pesticide usage. This provides end-customers a transparent view of where their goods are sourced from and whether they are grown in line with their sustainability objectives.

More in this category: « Report due out soon will have positive implications for New Zealanders Improvements to data released with the MPS »
back to top
Nov 26, 2018