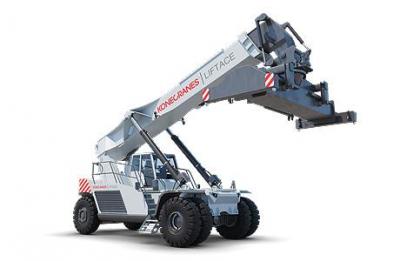 Napier Port continues to rely on Konecranes to further strengthen its important position on New Zealand’s North Island. In December 2017 six new lift trucks will be delivered to the terminal, situated in the rapidly growing Hawke’s Bay region.

As the new reach stackers are foreseen to handle containers on both ship and rail side, Napier Port has deliberately opted for Liftace R 6-41 MS reach stackers. Being equipped with front side stabilizers, these machines feature up to 41 ton capacity in the second row and have a particularly low turning radius.

“Our port is the logistic turnstile of the entire region. Technology from Konecranes has been a key element of our sustainable growth strategy and we are currently operating six Konecranes Gottwald mobile harbour cranes, four of which were delivered over the last four years. As these machines have become an integral part of our operation, it was logical to also opt for lift trucks from Konecranes. We are sure that relying on equipment and aftermarket support from one single supplier will enhance the efficiency of our operations.”

“Napier Port is situated in a region known as ‘the fruit bowl of New Zealand’ due to its high quality fruit production. The terminal is one of the country’s most important gateways to the world, with regard to both the export of goods such as food and timber, and the import of oil products, cement, fertilizers and general commodities, and Konecranes machines play a key role. In 2016, it was above all Napier’s container handling activities that grew significantly, and we are very pleased that this fast developping port decided to continue to benefit from Konecranes diversified offer.”