EU and UK zero in on their first Brexit agreement: food quotas 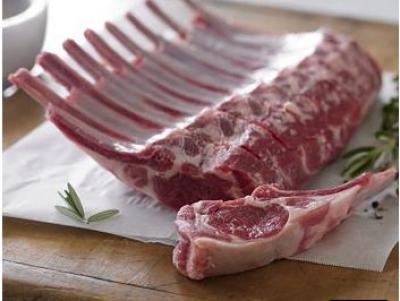 Brexit negotiators are close to an agreement on a key trade issue that diplomats anticipate will be formally wrapped up at the latest round of Brexit talks next week.

With the two sides deadlocked on major stumbling blocks such as how to calculate the U.K.’s financial obligations to the bloc — the so-called Brexit bill — the rapid progress towards an early agreement is the first concrete result from the talks, which have been running since June.

The nearly-done deal on what happens to the EU’s massive food import quotas with other countries after Brexit, is all the more remarkable because it does not conform to the EU’s strict sequencing of the negotiations.

The EU’s chief negotiator Michel Barnier has been adamant that he will not discuss the U.K.’s future relationship with the EU until the talks make “sufficient progress” on three separation issues — the Brexit bill, the rights of EU citizens living in the U.K. post-Brexit and the Northern Irish border. The decision on whether to move on to the next stage will be taken by EU leaders at a European Council summit in October.

As POLITICO reported in July, although trade issues are meant to fall into phase two of the negotiations, the problem of reduced-tariff import quotas raises such a strategic headache for Brussels that EU negotiators have been willing to bend the rules and aim for an early agreement. Diplomats say that the matter has been agreed at a technical level and should be formally wrapped up during next week’s Brexit negotiations.

Lamb chops offer a perfect illustration of the EU’s problem after Brexit.

Tariff rate quotas (TRQs) are mechanisms under which the EU imports agreed tonnages of meat, sugar and grains from around the world with lower-than-usual duties. Brussels, which negotiates a common trade policy on behalf of all 28 states, has 124 TRQs with major agricultural exporters across the globe.

Lamb chops offer a perfect illustration of the EU’s problem after Brexit. Currently, the EU has an agreement to buy 230,000 tonnes of New Zealand’s lamb and goat meat each year, under a quota with reduced tariffs, but Britain traditionally buys 40 percent of this.

So what does the EU do after Brexit? If Brussels spreads the U.K.’s outsize quota among the remaining 27 countries, it will infuriate Europe’s own sheep farmers whose produce would have to compete on the market with the extra supply.

The alternative is to try to divide the 230,000 tonnes between the U.K. and the EU, but this also has legal risks. Big agricultural exporters from Latin America to Australasia could always argue that they lose some of their market access under the new division and could look to sue at the World Trade Organization.

The agreement set to be formally agreed this week is that Britain will carve out and inherit a substantial part, if not all, of its quotas under the EU arrangements, several diplomats said.

“The U.K. is leaving so they can take a bit with them,” said one senior EU official briefed on quota talks. The official added that calculations on the size of the U.K.’s quota will be based on recent trade patterns.

A big push has been made in recent week to seek “convergence on a joint approach” to TRQs with the U.K. so that trade partners in Geneva can be consulted, the official said. After next week’s Brexit talks, the EU is expected to produce an official position paper soon to be sent to the WTO in Geneva as early as next month.No worse off

The EU hopes that it can avoid a big legal showdown in Geneva by citing WTO rules that countries cannot sue as long as they can be shown to be “no worse off” under the new distribution of quotas between the U.K. and EU.

One diplomat also said that big food exporters would be looking to expand their exports to the U.K. when the country negotiates its so-called “schedules” at the WTO.

Schedules are essentially national passports for entering the global trading system and the U.K. will need to negotiate them in the aftermath of Brexit. These schedules will map out Britain’s obligations in terms of tariffs, subsidies and quotas, and negotiations in Geneva will give big exporters an opportunity to wrest bigger import concessions out of Britain.

Despite the imminent agreement on TRQs, there remain severe doubts on the EU that sufficient progress can be made before October.

Britain has been working on the quota question with the EU over recent months, and a spokesperson for Britain’s Department for International Trade said London was fully engaged in resolving the TRQ problem as part of WTO talks.

“In leaving the EU, we will need to update the terms of our WTO membership where, at present, our commitments are applied through the EU as a whole,” the spokesperson said. “The UK wants to ensure a smooth transition which minimizes the disruption to our trading relationships with other WTO Members and tariff rate quotas are one of the issues that we are discussing in a cooperative and transparent way with WTO members.”

Despite the imminent agreement on TRQs, there remain severe doubts on the EU that sufficient progress can be made before October. When asked by journalists at a briefing ahead of next week’s talks whether there was enough time to reach a deal on separation issues a senior EU official said: “We have not yet encountered a situation when lack of time will prevent us from advancing [discussions]. So far, it has been a lack of substance.”

More in this category: « Without Imports, Your Life Would Be Intensely Brutal NZ eager to strengthen ties with Sarawak »
back to top
Aug 30, 2018

Access to Japan big win for horticulture in CPTPP