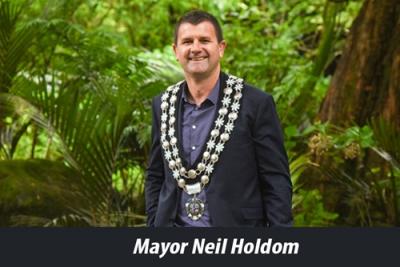 A flourishing region often considered the nation’s most prosperous is faced with drifting toward the status of an economic backwater.

Industry lobby PEPANZ, the National Party, and Taranaki local authorities were all caught napping by the Green Party which saw much earlier than anticipated its opportunity to get through parliament its ban on oil and natural gas development.

The outcome is the Unwelcome mat to the international oil and gas industry which is being told to take its exploration and production elsewhere.

MSC Newswire on March 19 understood that the Greens sensed their moment and were ready to launch from parliament their attack on the real economy.

We said-“New Zealand’s Green Party which has the ability as a faction to apply a tourniquet to the ruling Labour coalition government now threatens to put an end to all oil and gas exploration………..”

What happened?The Greens lulled the productive sector into believing that prior to introducing the veto they would engage in consultations – conversations.

In the event there was no early warning, no preliminary barrage, and they simply overran the real economy.

We now examine some of these diversions which have been specially crafted in Wellington for consumption in Taranaki:-

Tourism Will Fill the Jobs Gap

The trick here is to enmesh the issue in predictions and forecasts centred on job creation.

Fact: Taranaki has the highest regional GPD per person in New Zealand.

This is due to the high value high paying skilled jobs created by the oil and gas industry.

Here the urban ideologues play into a popular concept held by the political class. It is that an industry such as the heavy engineering one that supports oil and gas expro is demeaning and of course dangerous and that everyone would be much better off behind a flat screen and sending each other messages.

Their trick here is to ignore that fact that heavy engineering is knowledge based and highly skilled and that once a region is deprived of a sector such as this, it can never replaced just because the skills cannot be attracted back.

Whipping up a pol-sci essay is one thing. Putting together a pressure vessel is something else.

The dairy sector will continue to lay the golden egg

The problem posed by the dairy sector is that an overlarge proportion of the nation’s income is dependent on it. The presence of the oil and gas sector provides the essential economic balance required by any developed economy. This is known as diversity.

In fact of course the Greens are only too aware of what they have done which is to have put a gigantic index finger pointer sign over New Zealand which says Don’t Even Bother Thinking of Doing Business Here. This takes effect immediately.

One of the more deeply coded and thus elusive of the submerged and hidden messages.

The veto in the event is designed to carry this implication.

It is that Taranaki local authorities instead of weaving together the demands of residents, the dairy sector, oil & natural gas, and the attendant engineering industries not to mention tourism, to create a successful region had instead all the while sought to sustain an evil empire of energy.

These are all dialectic, philosophical pitfalls which the Wellington zealots want to draw Taranaki into. It is no use arguing for example that should Taranaki’s already heavily invested tourist sector be still further supercharged it will accelerate the burning of jet fuel etc etc etc.

It is no good pointing out for example that the transformation of New Plymouth’s Port Taranaki, incidentally not a container port, into a pleasure boat-filled version of Monaco will encourage a multiplicity of internal combustion engines along with the kind of people whose on-shore muscle cars run on petrol rather than batteries.

Or that cruise ships exhale into the atmosphere more carbon dioxide than cargo ships.

It is no good pointing out that battery cars are powered by energy that comes from something else, somewhere else…………..

The Regional ReponseThe longest journey in the world, we are told, starts with one step.

The embattled region’s first step should be in the direction of Wellington, and take the form of a representative delegation led by the New Plymouth City Council and its mayor Neil Holdom (pictured).

There the deputation should meet the one or two or people that count in the dog, and not in the tail that just wagged it.

They know who they are.

Mr Holdom, meanwhile, became mayor at the last local body elections characterised in New Plymouth by a low turn-out ascribed to an absence of local issues.Now, in contrast New Plymouth and the Taranaki region confront an overwhelming single issue.

It is an ideological one that unless quickly and firmly dealt with over a unified front threatens to convert Taranaki from one of the nation’s showpiece regions into one of its backwaters.