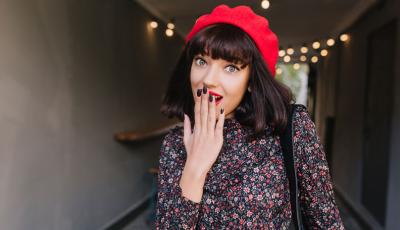 The government’s doctrinal left wing believes that it is action that counts.

Not words, and certainly not conversations.

The sudden announcement of the ban on oil and gas exploration short-circuited the polite preliminaries that the international energy sector had anticipated.

The absence of any warm up conversations with the oil and gas sector now seems linked to lessons learned in the run up to an equally radical scheme, the one to start an additional television channel under state sponsorship.

The additional television channel scheme remains seriously bogged down in a welter of who-knew-what-and-when electronic communications.

There remains though an impression that the scheme amounted to making an end run around the Radio New Zealand board in order to jam the new television channel onto the existing state radio broadcaster.

It was now that was perceived the danger of conversations, verbal ones and those of the digital variety seeping out into the light of day…..and thus sounding the alarm about an intended scheme.

It is hard to avoid a conclusion that it was now that stealth, speed and silence would be the modus operandi over implementing the plans for oil and gas.

it was decided to switch off the oil and gas ban conversations and get the policy up and running with the minimum discussion….and delay.

Indeed, it is hard not to sympathise with the new government television channel proponents.

“If only we had cut to the chase so quickly and so decisively,” the would be impresarios might reasonably be thinking to themselves contemplating the loss of the hooplah, intrigue, and general drama attendant upon launching a new television channel with all its new job opportunities.

In somewhat grimmer contrast, the oil and gas sector now contemplates the absence of them.

The productive sector does not mesh with Labour’s doctrinal wing.

Communications, especially those of the mainstream television broadcasting variety especially.

Labour’s left had learned its lesson.

If however you seriously intend to drive through an agenda, then do it.

Instead of talking about it.

The mainstream media which has the most to lose by the introduction of yet another public television channel, which will further split audiences for advertisers, discusses only the who-saw-who-and-when aspects of this particular dangling conversation.

They fear of losing an already diminishing share of government advertising should they actually pull away the stage wraps and reveal in its entirety the scheme for the new channel.

Instead they throw out tips and hints.

“Here is the puzzle,” they coyly say, in effect to their own audiences.

More in this category: « New Plymouth Industrial Damage Control Requires Deputation to Cause of Damage which is NZ Government Guide to Handling Government’s De-industrialisation of Nation’s Energy and Heavy Engineering Region Taranaki »
back to top
Nov 11, 2018