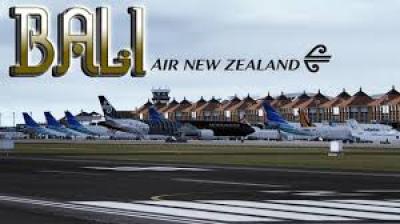 Air New Zealand has announced it will nearly double capacity on its seasonal Auckland to Denpasar service in 2018 and will also extend the season it flies there by almost two months.

Next year the airline’s Auckland to Bali season will start at the beginning of April with up to five services operating per week using the airline’s Boeing 787-9 Dreamliner, subject to regulatory approval.

“The increase in services between Auckland and Bali, as well as the extension to the seasonal service represents year on year growth of more than 90%.”

“Today’s news will give leisure travellers more options when it comes to getting to Bali, with more than 1500 seats available per week each way at peak times.”

The additional capacity for the 2018 Bali season is on sale now.

More in this category: « Air New Zealand takes off for downtown Tokyo What? Air travel so cheap that airlines pay fares »
back to top
Mar 28, 2018