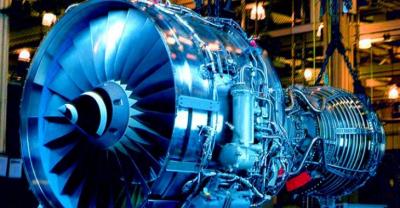 The Connecticut-headquartered engine and aerospace leader will pay compensation to Indian airline IndiGo after not being able to supply enough spare engines that power Airbus A320neo jets.

“We continue to have a higher number of engine removals, and sufficient spare engines have not been available,” IndiGo President Aditya Ghosh said on a conference call Monday. “The operational disruptions are quite challenging, and we are not happy with that situation.”

The airline, operated by InterGlobe Aviation Ltd., was forced to ground as many nine new A320neo jets on some days, Ghosh said. It may be a year or so before Pratt & Whitney implements design changes to the geared turbofan, he said, declining to comment on the amount, mode or the timing of the compensation.

The groundings, which emerged in recent months, are holding back IndiGo’s push to add capacity to maintain its domestic market share of more than 40% amid a travel boom triggered by an emerging middle-class flying for the first time. The airline, India’s biggest and the world’s top customer for the A320neo, has said in the past it will consider a rival engine manufactured by CFM International, an alliance of General Electric Co. and Safran SA, if glitches persist with the Pratt engines.Pratt Confidence

Pratt, a unit of United Technologies Corp., is confident it’s getting a handle on the problems, saying last week that it still expects to hit a 2017 delivery target of 350 to 400 engines. The company is incorporating revised carbon seals to address a durability issue and should have a fix by October for a separate glitch with the combustor liner, United Technologies Chief Financial Officer Akhil Johri said in a recent interview.

While he acknowledged the issues are affecting customers, Johri said last week that “we feel GTF problems are understood and behind us to a large extent, from a production point of view.”

India has the largest fleet of A320neos and the country’s aviation regulator earlier this year ordered two airline operators to inspect powerplants with more than 1,000 hours of service. Pratt has been working to fix durability issues and production snags that have hampered the debut of the engine, which was selected to power new jets from Airbus, Bombardier Inc. and Embraer SA.

“A320neos have not been delivered as per the plan with Airbus,” Interglobe Aviation Chief Financial Officer Rohit Philip said, adding it is hurting the company’s profitability. “To make up for the shortfall, we had to go to the aircraft-leasing market, and had to enter into short-term leases for used A320s.”A Crucial Market for Pratt

India is a crucial market for both Airbus and Pratt, with IndiGo having ordered 430 of the A320neo jets, of which 22 have been delivered. Go Airlines India Ltd. has five in operation and was awaiting deliveries of 139 more. State-run Air India Ltd. and Vistara, the local affiliate of Singapore Airlines Ltd., also fly A320neos, but they are powered by CFM engines.

IndiGo, controlled by billionaire founders Rahul Bhatia and Rakesh Gangwal, will begin owning aircraft, purchasing them using cash in hand, in a move away from a sale-and-leaseback model it has followed so far, Philip said. New aircraft will be in service for more than the typical six years that the carrier now sees and will enable the airline to cut down on leased planes, the company said.

“We are shifting our fleet acquisition policy to allow us to reduce our operating costs, which will result in higher profitability in the longer term,” Philip said.

Profit for the quarter ended June 30 rose 37% to 8.1 billion rupees ($122.22 million), the company said Monday. IndiGo has made money every year since at least the period starting April 2009, even as the Indian airline industry lost a combined $10 billion over a similar period.

More in this category: « Black Hawk helicopters to be refurbished for emergency services and disaster relief use Will Air China take over Cathay to create mega-carrier? »
back to top
Apr 19, 2018