Will Air China take over Cathay to create mega-carrier? 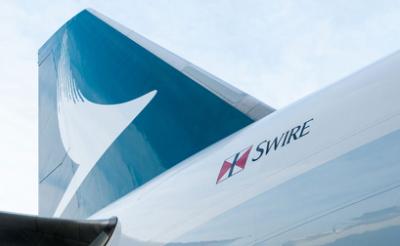 Cathay Pacific needs someone from the Swire family to “come out and lead the company for a while,” according to the airline’s latest big investor, quoted by the South China Morning Post.

Circuit-board tycoon Cheung Kwok-wing, who has bought an 8.3% stake in Cathay, expects the airline to return to financial health in six to 12 months, according to the newspaper.

The Swire Group, very British, is deeply rooted in China, in Hong Kong and in Cathay Pacific. The Swire Group’s privately owned parent company is John Swire & Sons Limited, founded by John Swire (1793–1847) in 1816. Swire’s roots in China date back to before the first Opium War between Britain and China.http://www.granmonte.com/

Bloomberg’s Gadfly has suggested that one strategy for the airline would be to embrace, rather than fight China’s growing might. There’s conjecture that Air China may make a move on Cathay Pacific, taking it over to create the world’s largest cargo airline and second-largest passenger carrier. If you combine Air China and Cathay Pacific, the joint entity is bigger, in revenue-passenger-kilometre terms, than Emirates.

Air China could promote Cathay as its premium brand.

Bloomberg Businessweek notes that Cathay is now the most richly valued of the world’s major airlines, despite heading to its second consecutive year of losses. It speculates that the current Chinese leadership, very patriotic, might see value in bringing under Chinese ownership the one big Chinese airline that’s still run by British aristocrats. It might pay a lot for that.

More in this category: « Pratt & Whitney Engine Glitches Spur Compensation Revealed – the average ages of the world’s airline fleets »
back to top
Mar 26, 2018