Revealed – the average ages of the world’s airline fleets 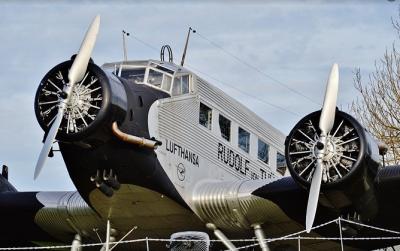 Which airlines have young, shiny new aircraft – and which have the oldest and creakiest? A Swiss operation that specialises in providing up-to-date airline intelligence has revealed the answer and given specifics.

The Swiss firm is Ch-aviation. It shows that in our own region, Virgin Australia has reason to smile, as does Air New Zealand, Air Tahiti Nui and Qantas’ Auckland-based trans-Tasman subsidiary Jetconnect.

Taking first place with the youngest fleet in the world is Norwegian UK. The average age of a Norwegian UK plane is just under one year. Hard to beat that!

Rounding out the rest of the world’s top five – all with an average fleet age of less than two years – are two Chinese airlines Colorful Guizhou Airlines (hands up anyone who’s heard of that!) and Loong Air (ditto) along with Germany’s Eurowings, and Swiss Global Air Lines.

The results don’t break out Australasia as a separate region. It’s included with Oceania. While Virgin Australia makes an appearance in the youthful category, Qantas isn’t mentioned at all. That may be because the average age of the Qantas fleet is somewhere in the middle and neither old enough, nor young enough, to be included in either extreme. The wholly-owned Qantas subsidary Jetconnect, which operates trans-Tasman services from Auckland, gets a mention.

“What our data clearly shows is the tremendous growth in Europe and Asia over the past few years while they move to lower-cost models,” said Thomas Jaeger, chief executive of ch-aviation. “And Chinese start-ups have the benefit of good access to capital for new aircraft.”

“Obviously we see something quite different in Canada and Kenya, which both have a lot of smaller carriers operating in remote areas,” Jaeger says. “And many African airlines which want to expand simply don’t have the cash for brand new aircraft.” Taking out top spots for youngest fleet on each continent were:

More in this category: « Will Air China take over Cathay to create mega-carrier? Auckland Airport welcomes direct flights on Manila to Auckland route »
back to top
Jun 15, 2018