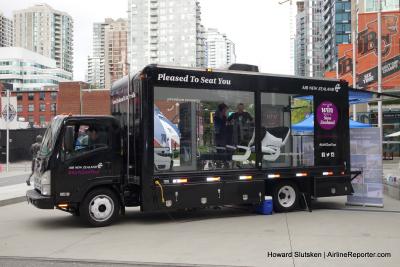 The airline will kick the increases off by moving from seven to eight weekly services during the first half of January peak period, making it easier than ever for Kiwis to escape to the snow.

Frequency of services will also grow over the shoulder season with the airline moving from five weekly services to daily flights during February, and increasing to five services a week in March and April (up from four) and four weekly services during May – mid-June (up from three).

Air New Zealand Chief Revenue Officer Cam Wallace says the airline is delighted to be able to offer its customers more scheduled flights to and from Vancouver.

“We recognise how popular Canada is as a winter destination for Kiwis. We also see the value in increasing services to New Zealand for Canadian tourists, allowing them to escape the winter and enjoy a chance to experience our beautiful summer and the tranquility of New Zealand through the shoulder season.”

More in this category: « Air New Zealand takes viewers on ‘A Fantastical Journey’ in latest safety video Watch passengers compete in toilet roll race to get off plane »
back to top
Apr 24, 2018