Watch passengers compete in toilet roll race to get off plane 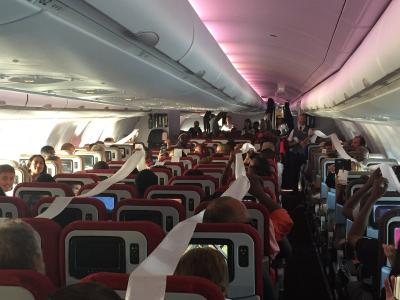 They’re off – on a toilet roll race! Flight attendants organised passengers to complete in a toilet paper roll race to see which side of the aisle would be allowed to get off the plane first.

The flight was a long-haul US domestic flight on Southwest Airlines. The Raleigh to Denver flight is about four hours long (roughly the same length as Sydney to Darwin) and attendants decided to pit passengers against each other mid-flight. 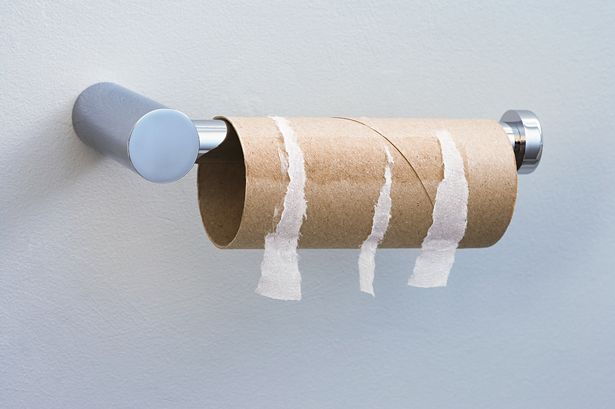 The contest involves passengers speedily passing a roll of toilet paper over their heads, row to row, back along the plane until it reaches the last passenger. If the roll tears, your side loses.

“I’ve been flying different airlines my whole life, and just when I think I’ve seen it all, your flight attendants decide to do a ‘toilet paper race,’” wrote Villarreal, who was on the winning side.

“Hands down the funnest flight ever and I was even travelling with my baby. You rock, Southwest! Keep doing what you’re doing!”

Curiously, it’s not the first such midair stunt. Several other clips of airline toilet roll races have been posted on social media, in 2008 and again in 2014. Southwest appears to be the world leader in this unusual event – it features in every clip.

More in this category: « Air New Zealand increases capacity on Vancouver route Air New Zealand Is Coming After Americans With A Talking, Flying Kiwi »
back to top
Apr 04, 2018