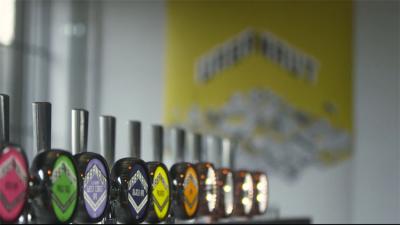 Bluenote's contributor Briar McCormack takes a look at  'that worldly beer from Kingsland,' Auckland. That’s the concept behind Urbanaut Brewing Company - and it’s one hitting the mark with craft-beer enthusiasts.

When directors Thomas Rowe, Simon Watson and Bruce Turner embarked on their craft-beer dream they wanted to celebrate big cities around the world and use them as inspiration for the beers they brewed.

“We started with Kingsland Pilsner as our flagship beer, next came Brixton Pale Ale - paying homage to the home of pale ale,” says head brewer Turner.

“We have Gastown Red IPA, inspired by Vancouver, Williamsburg IPA inspired by New York. Each of these cities has a place in our heart or a story behind the beer.”

Urbanaut are certainly in a growth industry: When the brewery opened earlier this year it joined a thriving, but increasingly crowded, craft beer industry in New Zealand.

The latest ANZ Craft Beer Industry Insights Report showed in 2016 growth was down from 28 percent to 22 per cent by volume and 39 per cent by value down to 32 per cent.

There are 194 craft beer breweries producing more than 1600 unique beers and small breweries accounted for 5.8 per cent of total beer consumed by volume – up from 4.9 per cent in 2015.

The question is when will the market reach saturation and how will it sustain its difference, the key marketing edge?

At Urbanaut, the founders were clear from the start on the business strategy. They thought hard about where they wanted to set up, how they were going to brand their product and what markets they were looking to target.

Producing beer for the general New Zealand market was important but the main goal was to sell to people in their inner-city Auckland neighbourhood.

“Engaging with our customers is really important so we talk to them about the philosophy behind our beer, how we make it and the merits . . .

More in this category: « The Pure Food Co’s puree food about to take off NZ iconic chocolate brand in Fiji »
back to top
Jun 02, 2018