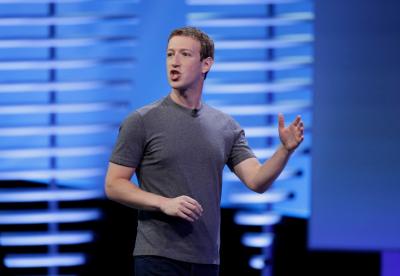 Empowers the already powerful instead of the multitudes

Social activists and their encircling liberal media jointly suspended their judgment on and became hypnotised by Facebook only because it met their joint criteria which in one word is empowerment.

As this entire class transmitted their social achievements and aspirations so they in fact became unpaid market researchers as they tossed out the data once so expensively garnered by human-intensive polls.

Normally these categories would have been asking questions about the fantastic revenue of an organisation such as Facebook, and even sharper questions about where the taxes were being paid, and how much?

Critical assessments were pushed aside as these otherwise noisy elements of society rejoiced in what they saw as their role in universal empowerment in bestowing a voice on the hitherto voiceless.

Empowerment of the many as they saw it transcended everything else and this included the advertising that the media component of this self-hypnosis exercise was losing to the instrument of all this empowerment.

Only in the last few weeks has this category emerged from its trance and the reasons for this self-induced cupidity are gushing forth.

Much of it centres on this category being unaware of the new-fangled technology that they now view as having tricked them.

Facebook’s sucking out of carefully sorted and sifted and market-useful data rests on technology that emerged nearly 50 years ago, writes Peter Isaac author of an early text book on networked computing.

Specifically on SQL or structured query language and the relational database.

These two approaches amounted to pattern identification which allowed data to be sorted, blended and matched into specific and desired tributaries.

It was now and famously that followed the unifying force in the shape of the single standard access technique of hypertext.

In automotive terms this had the same effect of the standardised dashboard, gear shift, steering wheel, pedals, with the added advantage of everyone everywhere driving on the same side of the road.

With this linguistic Esperanto overlay the message technique soon encompassing sound and video quite literally took off.

So did a collective of entrepreneurial household name tech avatars symbolising this.

Attired in nothing more formal than corn husker tee shirts these characters padded around university campuses proclaiming this new era of empowerment and to drive home the non-commercial public good message still further they labelled their own headquarters campuses too.

This face-value transparency was matched by the opacity of their financing it, a murkiness made possible by the reluctance of the activist class, the intellectuals supposed to educate the rest of us, to question how and from where the revenue tsunamis derived, and where they were ending up

It was the free model was the explanation.

The established media bought this one, partly because they had hedged on it themselves by setting up their own sites on things like cars and property.

It was the free model’s elimination however of premium and commission free classified advertising, especially in professional situations vacant, education notably, that finally turned the liberal press from its meek, fawning attitude toward its oppressor to the rather more realistic one now of snarling antagonism.

Certainly unsolicited greetings, even birthday ones, from vaguely comprehended sources might have been a clue, as would a variety of other partially and predictive responses and initiatives.

An educated guess is that much of all the market research run-off was understood, and was tacitly accepted as going with the territory.

After all, with the enmeshing privacy laws, the absence of fixed line white page listed telephones, how else is market research data to be, well, researched?

The season of activist anguish will continue for a while, the public hand-wringing, a few ostentatious hair shirts worn by those who really should have known better…….a weeping, wailing and gnashing of teeth at various hearings and inquiries.

Then normal empowerment services will be resumed.

This time though there will be a sharper and more widely distributed understanding of whom and what is under empowerment.

This email address is being protected from spambots. You need JavaScript enabled to view it.||  Monday 07 may 2018   |||