Most Kiwis do not want to follow President Trump’s lead 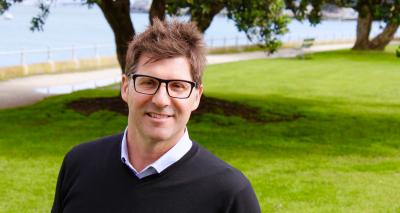 A total of 92 percent of New Zealanders do not want their nation to follow President Donald Trump’s lead and withdraw from the Paris Climate Change Agreement set in 2015.

Moreover, six in ten Kiwi’s believe we should work harder with other countries to achieve the goals of the accord after the US withdrawal in June.

This is the outcome of a Climate Change survey released today by Pure Advantage, a national organisation comprised of business leaders who believe the private sector has an important role to play in creating a greener, economically stronger New Zealand.

New Zealanders are even more united in their commitment to the Paris Accord than Australians at 87 percent support, Pure Advantage chief executive Simon Millar says.

“Our survey showed seven in ten Kiwis are comfortable with the carbon reduction targets that have been set by New Zealand as a signatory to the Paris Agreement, yet 20 percent think they could be even higher.

“Millennials are significantly more likely to support carbon reduction. This next generation of Kiwi consumers, business owners and decision-makers want to see New Zealand leading the world, and working even harder to accelerate our efforts towards a zero-carbon future.

“Two-thirds of people believe we should be a world leader in solving climate change and also support measurement of economic growth in New Zealand (GDP) to include the impact of growth on the environment.

Despite our clean and green global brand, New Zealand is trailing many countries in our carbon reduction efforts to sustain this reputation and our performance on the international stage is well below world leading. Since 2011 the United Kingdom has had lower emissions per person than New Zealand,” Millar says.

These findings relate directly to those recently announced by Parliamentary Commissioner for the Environment Dr Jan Wright who said that climate change is the environmental issue of our time and that New Zealand’s total emissions are climbing, while in many other countries they are falling.

The survey shows that large numbers of Kiwis are speaking out about climate change and wanting the country to do more about it, yet we are laggards on progress and the Government is yet to lay out a clear plan for how we will achieve the targets we have set, let alone increasing our ambitions. Steady as she goes is not the way forward, bold action is.

Pure Advantage is a not-for-profit that investigates and communicates opportunities for green growth. Its trustees include Sir Stephen Tindall, Katherine Corich, Phillip Mills and Rob Morrison.

More in this category: « Plastic bag ban plan gets a boost A water quality probe too dangerous to fund? »
back to top
Aug 09, 2018