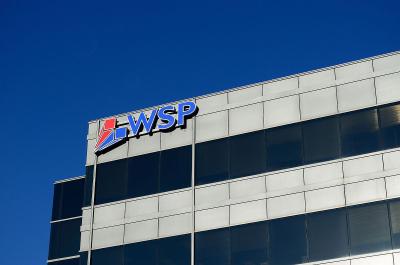 MONTREAL — WSP Global is moving to expand its engineering consulting business Down Under in a deal to acquire Opus International Consultants Ltd. valued at $280.5 million including debt.

OIC brings with it 3,000 people worldwide including 1,800 in New Zealand where WSP has had a small presence as well as expertise in water-related infrastructure, transportation and asset management.

"If you look at the market in New Zealand, it's booming in terms of infrastructure," Adjahi said in an interview Monday.

WSP is offering to pay NZ$1.78 per share and a dividend of seven N.Z. cents per share to Opus shareholders. UEM Edgenta, which owns 61.2 per cent of the shares in OIC, has agreed to support the deal.

It will be WSP's largest acquisition since Alexandre L'Heureux moved up to chief executive of WSP Global (TSX:WSP).

The transaction will move WSP Global a step closer to its goal of having a workforce of 45,000 and C$6 billion of annual net revenues by the end of 2018.

WSP Global entered Australia and New Zealand in a modest way with the 2014 purchase of Parsons Brinckerhoff, a 13,500-employee global consulting firm, for US$1.35 billion cash.

Industry analysts said the transaction makes sense and demonstrates WSP is on the path toward reaching its strategic objectives.

More in this category: « How A Michigan Injection Molder Overhauled Its Floor for the Future Better preps, better pipe welds »
back to top
Nov 21, 2018