A woman in STEM. 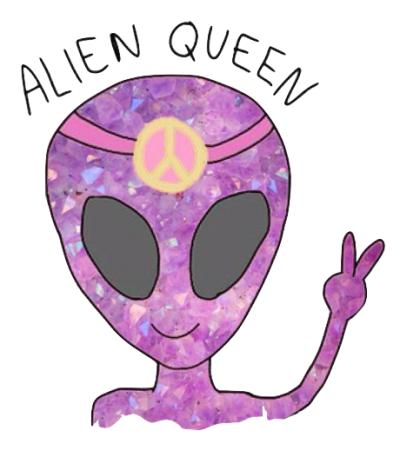 Ever walked into a lecture room and have sets of eyes follow you as if you’ve just landed from a distant galaxy? Or maybe on your first day at work you were tiptoed around as if you were going to kidnap someone and fly away in your flying saucer? Now let’s not get too carried away (pun intended) but as a woman in STEM, at some point in time, you’ve likely been treated like you’re a little out of this world (pun definitely intended).

This month, we would like to honour a successful woman in STEM. We had a chat with Jenna (Tut) Baldock, an Additive Manufacturing Engineer at Rocket Lab (seemingly fitting for us aliens). She shares her experiences of being a woman in a male-dominated field.

Tut studied Design Engineering at Massey, first in Wellington, and then moved up to Albany to finish her degree. She went on to study a Master’s in Applied Physics at RMIT, Melbourne. At RMIT, she worked a project with 3D printing and lasers. She then returned to New Zealand and has been working at Rocket Lab for 2 years now. Tut is part of the Propulsion team that is responsible for designing and manufacturing rocket engines. Specifically, she uses 3D printers to manufacture components for the rocket engines, as well as aiding in the design process and post machining.

Tut is an Additive Manufacturing Engineer. This new, sustainable type of manufacturing technique involves adding layer after layer of material (powder in this case) to parts rather than traditional machining (subtractive machining) which involves cutting away from bigger pieces of material.

1.What inspired you to get involved in engineering and STEM?My dad is an engineer, so it was the logical choice! I grew up in his workshop, helping out with woodwork, welding, and assembling things. At school, I was good at maths and enjoyed science. So engineering it was.

2. What do you like about being a woman in STEM?I like that it always seems to surprise people. You’re usually always the underdog, but if you work hard you can always prove your worth.

3. Have you ever felt that as a woman in STEM, you have been put at a disadvantage?Yes of course! I mean do I even have to elaborate? *laughs*. But I’ve learnt, it’s nice when some people expect a lot from you because of your skills, not because of your gender.

5. Did you ever fail? Be it at uni, a project, at work? How did you overcome that failure?Well, I was a bit of a nerd, I worked hard, and so I never failed as such. At work, I sort of introduced 3D printing for components, and although we did have minor fails along the way, but I guess you have to learn how to use failure to your advantage. Learn from your mistakes and become better at what you do.

6. Do you think people have certain misconceptions about STEM? How do you shut down the haters?I think the older generation, not to stereotype, have an outdated perspective about engineering. An engineer, to them, is an engine mechanic with greasy hands. Today, we have come so far from that idea – engineering is such a broad and diverse field. As for shutting down the haters, the most important thing is to explain. Sometimes, the best way to help others expand their perspective is to logically explain the maths and science behind it.

7. Why do you think women are still so underrepresented in the industry?I would say they might be put off by the idea of being a minority, and that can be really overwhelming.! Many girls just aren’t given the resources to change the notions of it being a man’s job. It is also considered a hard industry to get into, and that can put a lot of women off.

8. How would you encourage girls to get involved in STEM?It’s definitely important to prove your self-worth. Be confident about your skills, but don’t boast about it. Show the world that there is a strong female presence, be it in science, manufacturing, IT, engineering, or anything. Strive hard to be a role model for other girls, and show the future generations that diversity in the workplace is essential for success.

9. What is your recipe for success in a still very male-dominated industry?As the underdog, which no doubt, you will be, you will often find that people don’t really appreciate your skills. You have to work hard to prove yourself. Show that you’re not only good at what you do, you are the best. Work hard, and you will earn the respect you deserve.

10.What are your personal goals for the future?I’m happy where I am at, right now, with my career. I do want to focus on improving personally though/ I am good at what I do, but I don’t let it get to me. I always work to improve and try to succeed in other areas.

We would like to thank Tut for sharing her incredible insights with us. We hope that Tut’s experiences have inspired you to jump on a rocket and embrace the alien you are. As women in STEM, we are definitely treated as invaders in foreign territory. So to all the haters, we say: yes we are aliens, and yes we are ready to take over!

P.S. sorry for all the puns, I did not planet!

More in this category: « BOC launches new welding technology $1 million given for new Rhodes-style scholarships »
back to top
Jul 04, 2018