$1 million given for new Rhodes-style scholarships 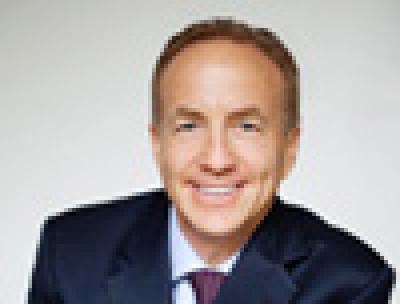 More than $1 million has been gifted to the University of Auckland Campaign For All Our Futures by Canadian philanthropist John McCall MacBain to create a one of the country’s most prestigious scholarship programmes.

The new Kia Tūhura Scholarship Programme will be offered to exceptional postgraduate students with a view to developing the next generation of New Zealand leaders. Initially focusing on the sciences, up to 20 scholarships will be available from 2019, accompanied by a leadership programme.

“These scholarships are an incredible opportunity for New Zealand’s top students to prepare for challenging careers and to speak out and lead in their communities,” Vice-Chancellor Professor Stuart McCutcheon says. “The programme will also help New Zealand to retain home-grown talent by fostering a cohesive community of exceptional scholars.”

McCall MacBain is one of the world’s most generous philanthropists to education. He gave an unprecedented $150 million gift to Oxford University’s Rhodes Scholarships in 2013, and is himself a former Rhodes Scholar. He has worked with the University of Auckland to develop the new scholarships and announced his support of the initiative in person at the University’s Chancellor’s Dinner on September 28, one year after the public launch of the University’s fundraising campaign.

“These scholarships aim to create the next generation of explorers in innovation and discovery for a new future,” he says. “The McCall MacBain Foundation is proud to be a funder of the Kia Tūhura Scholarships.”

McCall MacBain has committed to funding the development costs for the leadership course that will accompany the Kia Tūhura programme and to personally supporting five scholarships for the first five years. These will be known as the McCall MacBain Kia Tūhura Scholarships. The University is in the process of raising philanthropic funding for the additional scholarships prior to the 2019 launch.

Like the Rhodes, the Kia Tūhura Scholarships will support and nurture talented students with the potential to make real change in the world. Each scholar will be matched with a high calibre mentor to advise, challenge and guide. Mentors will be drawn from a variety fields and roles, from business leaders to senior policy makers.

For the first five years, the scholarship will be focused on developing exceptional science leaders, before expanding to other disciplines.

“We believe the sciences, medicine and engineering are areas of great significance for the future of New Zealand in a global economy,” Professor McCutcheon says.

“While New Zealand’s long term success will take much more than just scientific leadership, John’s inspirational support will create a more agile and responsive science and innovation community that makes a major impact on our health, economy, environment and society.”

Successful scholars will receive full tuition fees, accommodation, and significant development in leadership. The selection process will look for academic brilliance as well as leadership capacity, with special consideration given to including diversity in the cohort.

Following the successful sale of Trader Classified Media, the world’s leading classified advertising company (1987 – 2006), John McCall MacBain, the Founder, majority shareholder and CEO, set up the McCall MacBain Foundation in 2007 which has committed over NZ$275 million in donations to scholarships and education, health and climate change.

Mr. McCall MacBain is a Rhodes Scholar (Oxford, M.A. Law), a Harvard M.B.A. and an Honours BA graduate in Economics from McGill University. He is also Chair of the Trudeau Foundation and the McGill Principal’s International Advisory Board, Founding Chair of the European Climate Foundation, Second Century Founder and Trustee of the Rhodes Trust, director of the Mandela Rhodes Foundation in Cape Town and an Officer of the Order of Canada.

Tūhura means to discover, unearth, explore, investigate. The name acknowledges the scholarship’s aim to create the next generation of explorers – pioneers at the forefront of innovation and discovery committed to forging a new future in a new world.

About The University of Auckland Campaign For All Our Futures

Through the University of Auckland Campaign For all our Futures, the University aims to address, with philanthropic help, some of the key issues facing New Zealand and the world. Publicly launched in September 2016, the campaign has so far raised $220 million for multiple projects, including in the areas of cancer research, innovation and entrepreneurship, online STEM subject education, and scholarships for students.

Information about the campaign is available at www.giving.auckland.ac.nz

More in this category: « A woman in STEM. Black Steel Mobile reveal canopy danger »
back to top
Jul 04, 2018