Blockchain and IoT are converging. As a result, the transportation and logistics industry may never be the same. 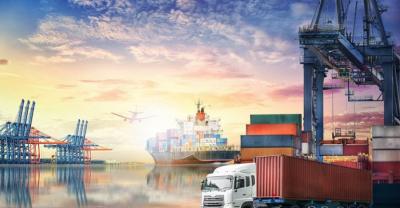 4 Nov _ As blockchain and IoT converge, the push to commercialize applications leveraging both technologies grows. The latest industry to embrace this confluence is the transportation and logistics industry. In late August, the Blockchain in Trucking Alliance (BITA) launched with 150 or so member organizations — including transportation management companies, brokers, carriers, shippers and technology vendors. BITA’s stated goal is to create standards and educate industry stakeholders about the promise of blockchain. And at last week’s Connected Fleets USA event in Atlanta, BITA co-founder Craig Fuller, CEO for TransRisk, stressed that the combination of IoT and blockchain in logistics and transportation will be a formidable one.

Blockchain “has the power to transform almost every element of this industry,” said Fuller, whose company develops products to help stakeholders in the transportation industry manage price risk. In the future, blockchain systems will work in tandem with data from IoT devices used in transportation and logistics. Business transactions surrounding the shipment of freight will be automated using blockchain-based “smart contracts,” which improve upon traditional contracts by enforcing the rules controlling the transfer of currency or assets under specific conditions. In simplified terms, blockchain systems use a chain of cryptographically protected records to expose the details of transactions to all participants and distribute records across the network of participating “nodes,” or computers, thereby eliminating the need for a central authority to maintain records, which makes processes more efficient and cuts costs.

The benefits according to Sandeep Kar, chief strategy officer for Fleet Complete, include:

But there are, of course, challenges to blockchain in logistics and transportation, which Kar summarized as:

To help the industry get past the obstacles and reap the rewards of blockchain, BITA is attempting to address the education gap, as well as help develop standards that are specific to the transport industry. Education is critical, Fuller said: “People don’t understand the use cases for it. They know the buzzwords, but they don’t know how it’s actually used in the market.” Fuller said he’s been on the receiving end of a number of questions about how to create commercial uses of blockchain in logistics and trucking. Questions like those are what led to the formation of BITA. “We’re bringing disparate, sometimes competitive parties together to create a common framework to solve problems. … We’re trying to bring together the folks [who] can actually have an impact,” he said.

Performance history records. Potential use cases for blockchain in trucking include maintaining accurate performance history records. When a truck enters the secondary market (that is, gets sold as a used vehicle), questions come up around how the vehicle was maintained. “In a blockchain environment, you can have a trustless record” of that maintenance, Fuller said. Because blockchain transaction records are considered immutable and transparent, parties in a transaction don’t need to have established trust with one another beforehand. “The beautiful part is, I don’t have to trust the other party, the seller or an intermediary. The data is flawless.”

“The analog [to the performance history use case] in the consumer car industry is Carfax,” Fuller said. “Except [with blockchain], there’s no reporting agency. [The records] are distributed [across the nodes in the blockchain system built for this purpose].” All records pertaining to the truck would be recorded to the blockchain, from the moment it rolled off the assembly line until it entered the market as a used vehicle — using IoT sensor data as well as other transactional data related to the vehicle. A potential buyer of the truck therefore would be able to make a purchase decision with full knowledge of the vehicle’s history.

[Blockchain360, co-located with IoT Security Summit and Cloud Security Summit, investigates how blockchain can scale to meet the IoT's needs across industry and enterprise, accelerating widespread adoption. Get your ticket now.]

Capacity monitoring. Another potential use of blockchain in the trucking industry is capacity monitoring. One of the factors determining the cost of shipping freight relates to cargo volume. IoT sensors can be used to detect the amount of space a particular party uses; that info is used in determining cost associated with shipment. In the future, pouring that data into a blockchain-based system, enabled by a smart contract, will mean self-executing payments against the amount of space used by the freight, as measured by the IoT sensors. In other words, a much more efficient process than what exists today.

Gray trailers. Blockchain also could level the playing field between truck owners and third-party logistics companies when it comes to “gray trailer pools.” Today, Fuller said, truck owners have an advantage over third-party logistics companies because they own access to freight trailers. Blockchain could enable a business model whereby “the trailers will be owned by a third-party entity and shared collectively with fleets. … You can have a fleet of gray trailers and use blockchain to not only know who had access to that equipment but also charge for it. And you can tie a contract to it and settle it in real time so there is no collection process,” Fuller said.

Dispute resolution. Blockchain will also have a role resolving disputes, he said. “Every single day, there’s $140 billion tied up in disputes for payment,” Fuller said. “The shipper says, ‘You didn’t send me a proper bill. … Your rate is $1.90, but [the bill] says $1.89.” And guess what? The shipper … doesn’t pay it until that price is exact.” Such wrangling creates a strain on the trucking payments environment, he said. With a blockchain system and a smart contract, the transaction would be handled according to the smart contract terms and the contract would be executed and the transaction cleared at the same time, eliminating the current back and forth between parties as they hash out the finer points of their agreement. “In a blockchain environment, you have a transaction standardized and anonymized, and [it’s subject to] what we call smart arbitration,” in which disputes or controversy related to the contract are settled immediately according to the blockchain system’s arbitration rules. And because the facts of the transaction are viewable by all parties, fewer disputes are likely to occur.

Fraud detection. Blockchain will also be useful for fraud detection. The example Fuller cited was the practice of “factoring” in trucking, or assigning unpaid freight bills to a third-party company for less than — perhaps 60% to 90% of — the value of the bill. Trucking companies use factoring to improve their cash flow since it gives them access to the money right away, but it costs them a percentage of the bill. “One of the reasons factoring companies charge so much [is because a significant portion of] factoring receivables end up getting duplicated, [when trucking companies] send multiple bills of lading to multiple factoring companies, or [a company might] create a false bill of lading.” Factoring companies charge a very high rate because a portion, which Fuller said was likely low, of transactions it engages in is fraudulent. With blockchain, as long as the sensor data itself is not falsified, the transactions represent what actually happened as opposed to what someone says happened. But perhaps more importantly, factoring itself would become less necessary since a blockchain system with smart contracts would govern the payment for transactions in an automated way.

Making all these use cases a reality, of course, will require the various stakeholders in the process to work together. “True implementation of blockchain involves both the shipper and carrier using this platform and so far what we have seen is a few shipping companies using it,” Kar said. “The real market pull, not push, will start … once the shippers start demanding carriers to start using this platform.”

When will that happen? At this point, it seems too soon to tell. Kar said, “I believe we’re at least two to five years out, or maybe sooner.”

More in this category: « NZ prepares to join the 'open banking' revolution Insider Reflections on The ICO Bubble »
back to top
Jun 12, 2018