Insider Reflections on The ICO Bubble 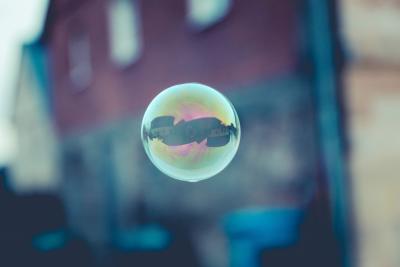 14 Nov 2017  -  According to Forbes, more than $2.3 billion has been raised in token sales, aka “ICO’s” so far in 2017. As an entrepreneur who has raised more than $300 million of venture capital equity financing in my career, and whose company is holding an ICO in just a few days, I have mixed thoughts about the current ICO bubble. Like many, I’ve been enthralled by the technical elegance and enormous potential of blockchain technologies. And, one cannot help but be fascinated by the amount of capital flowing into cryptocurrencies and ICO’s.

Like many, I’ve also been repulsed by the ICO scams and hype marketing, turned off by the pay-for-play ICO cottage industry, and frightened by the speculative dynamics of cryptocurrencies and token markets.

In a previous post I discussed some of the cringiest moments we’ve encountered during the ICO process.

In this post I present some of my thoughts on the ICO Bubble, implications of the increased ICO volume and noise, and my suggestions for the community to adopt requirements for better ICO’s.

This is a work in progress, intended to spur conversation, and I encourage and welcome everyone’s feedback.

The ICO Bubble in ContextFrom a macro perspective, bubbles serve as an acceleration purpose in technology cycles. The capital markets are currently sizing up cryptocurrencies and blockchain technologies much like they did for the emerging Internet companies in the late 1990’s. Back then, hundreds of dot-com companies raised globs of money pre-revenue on big ideas alone and went public long before they should have. Most of those companies didn’t survive, while a handful of the dot-com bubble babies like Amazon and Google went on to dominate. However, any way you slice it, the capital markets’ appetite for speculating on the future value of Internet technologies fueled a massive wave of innovation that fundamentally improved and connected the world. And, many of the ideas that initially failed were recast and reborn years later as successful ventures, once ideas caught up with technical realities and consumer adoption.

Bubbles reflect investor excitement and optimism for game-changing ideas and outsized returns. Bubbles also educate markets. Many consumers first got intrigued by the Internet by following booming Internet stocks, just as many consumers today are first becoming familiar with blockchain and crypto by learning of booming Bitcoin prices.

Blockchain today is like 1993 internet — we’re still at the early stage of building protocols and middleware — albeit with 1999 bubble hype. The current cycle is more compressed than the 1993–2000 dot-com cycle because blockchain technology is based on immediately recognizable economic value, whereas Internet companies were valued based on potential future profits and stock prices. The dot-com bubble was fueled by investor enthusiasm to get into those zero-to-one projects, much as the crytpo bubble is today.

More in this category: « Blockchain and IoT are converging. As a result, the transportation and logistics industry may never be the same. Ripple price (XRP/USD) surges as Amex introduces cross-border payments powered by RippleNet »
back to top
May 03, 2018