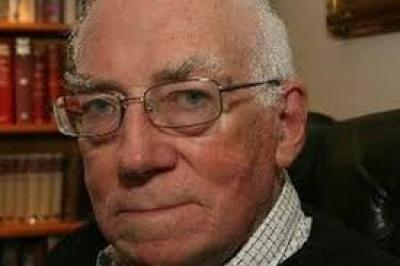 New Zealander’s participation in trade mission to Russia had consequences.

A pattern of sinister deaths in England visited upon Russian regime dissidents now casts a new light upon the trials and tribulations endured by a New Zealand society figure during the Cold War and in its immediate aftermath.

The society figure was renowned foreign correspondent Derek Round who in the 1960s was recruited as a Soviet agent and who then just as rapidly became an agent run by the New Zealand Security Intelligence Service.

There the matter might have ended and the episode attributed to the swirling myth and mystery that men who live lives out of the ordinary tend to use to embellish their already adventurous careers.

Except that in 2012 Derek Round was discovered battered to death at his residence.

His killer, a hitherto petty criminal was rapidly apprehended and handed a life sentence. The motive however remains unexplained.

Derek Round’s brutal death now revived interest in Derek Round’s own candid admission of his double agent activities in New Zealand’s capital city at the height of the Cold War.

These in turn revived interest in Round’s activities in Russia soon after the end of the same Cold War.

He had joined a high level trade team that made several trips to Russia in order to sell New Zealand fuel technology supply chain technology.

As this venture drew to its conclusion, an unsuccessful one, it was noticed that Round’s health was visibly deteriorating.

He was alternately bloated and emaciated.

A New Zealand diplomat who had lunch with Round at this time at Simpson’s in The Strand reported that Round now feared for his life, and believed that he was being stalked, hunted.

Subsequently and by now safely, as he believed, back in New Zealand, Round, a man who looked after himself, was unable to give any medical explanation for this medical condition other than conceding that he thought it might have something to do with his Cold War activities.

From the outset of his apparent enlistment in the Soviet cause, Derek Round was a prime acquisition by the Soviets who would have had correspondingly high hopes.

The reason was that he was shrink-wrapped and ready to go. He had no left wing connections, and thus did not have to be laundered through affiliating himself with any right wing group.

Round may not have appreciated his value at the time.

But the SIS did.

The arrangement was that the Soviets paid Round, who paid this into the SIS, which refunded him the balance.

Payment is central to the espionage sphere because once an agent has been demonstrably paid, the agent can be pushed into increasingly important and thus risky work on the basis of in for a penny in for a pound.

.At this time whole government agencies had been penetrated, it was suspected, and at the highest level.

The Soviets needed to know what was known or unknown about their plants.

The Security Intelligence Service in its turn needed to know the level of anxiety or otherwise about these plants, suspected or not, in order to identify them.

All this required a high level of duplicity. Careers were at stake. A word either way could wreck them.

Twenty years or so later, all this was forgotten.

Especially, as it turned out, by Derek Round whose own career as a high flying foreign correspondent had faded, as had his institutional media career as a line executive with the now defunct New Zealand Press Association news cooperative.

It was now, and following the fall of the old Soviet Union, that Round signed on with a technology consortium established to sell automated fuel technology to the new Russia.

It was now also that Round presented himself in order to obtain his visa at the same embassy as the one whose trust he had betrayed when he had been signed up all those years ago to act as its covert eyes and ears.

Derek Round had himself been betrayed by the very media he had for so long served because like so many journalists he unfailingly believed what the media was saying.

In the event there was only a brief respite, an interregnum.

Then the world’s biggest nation relapsed into its third totalitarian phase following the Tsars, and the Communist Party, this time into the grip of its secret police.

It was in this blissful state that Round toured Russia, even visiting in the Kremlin, interim president Alexander Rutskoi.

An observation made by the technologists in the party at the Rutskoi meeting was that the onetime airman’s desk was cluttered with telephones, indicating the problems that the Russians, and at the highest levels were encountering with applying the digital process systems familiar in New Zealand, a nation renowned everywhere for its quick uptake of new processes.

It is here also that we find the most obvious clue to Derek Round not being nobbled, if he was in fact nobbled, in Russia and probably instead in London toward the conclusion of the technology mission.

The Russians had no intention of letting an old vendetta get in the way of their acquiring for free all the information they needed to implement themselves the new technology being offered to them.

The mission’s course followed the usual one of the contingent being asked to provide more and still more data on the formulation and the application of the systems under sale.

This approach is designed to give the vendor the impression that, yes, the sale is on the brink of being approved by whoever, but it just needs this extra dollop of supporting detail to get signed off.

Having got what they wanted, and for nothing, and by now heading firmly into its new authoritarian epoch, the regime, by now led by its secret police gave signs of a long-delayed settlement with its rogue agent.

The matter of settling the score with Derek Round displays characteristics of having been outsourced to London.

This is supported by the evidence of the diplomat who noted Round’s fear that he had become a marked man.

Only recently, in the last few days almost have the UK authorities given any indication of alarm about Britain being used as a clearing house for Russian regimes to balance settlements in regard to those who are seen as having rendered them a disservice.

Reasons given have been the City of London’s craving for re-cycling oligarchical troves.

Another has been the preoccupation with the islamic threat, a problem for both nations.

There is another reason, and one which relates to the fanciful academic and media-led euphoria centred on altered values and attitudes due to the fall of the old regime.

Major General Peter Williams part of the regulating cross mission operating behind the Iron Curtain during the Cold War, among NATO’s most seasoned spymasters, described the syndrome to the National Press Club as being one of “because they look like us; we believe they think like us.”

Derek Round, Member of the New Zealand Order of Merit, pillar of the Wellington Club, the last of the upper class journalists, suddenly left the Wellington region to settle in Wanganui, an off-the beaten-track city famed for its emigres in order to write a book about some of them.

Barely had he settled himself into his new way of life than the courtly Round who had courted danger all his life suddenly found it so lethally delivered to him, and in his own drawing room, so remote from the metropolitan world, however conflicted, upon which his life until then had revolved.

More in this category: « Norman Kirk First Maori Prime Minister Riddle Labour is First Victim of its own Victim Politics »
back to top
Nov 11, 2018