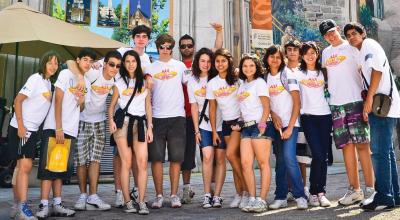 The Labour Party Youth Summer Camp episode provides a clear cut dividing line between what the ACT Party described as the pc government of the Helen Clark era and the victimhood epoch of the present government.

The first victim of this new era can be clearly defined too.

It is the Labour-led coalition government itself.

No sooner had the Labour Summer Camp groping event become public property than the prime minister herself was required to explain what had happened, even though she had learned of the incident only moments before.

The political summer camp is a localised take up of the European tradition of the Summer University.

The purpose is two-fold.

The political party seeks to select new blood, and the new blood gets an overview of the party.

In the event the episode at the Waihi camp served to signal the danger of any convocation involving any category that may qualify for victimhood.

The category in this case is youth.

Critics of the Labour Party machine say that the prime minister should have been notified at the outset of the affair that it had in fact taken place.

This supposes that the prime minister must now be diverted from affairs of state, governing the country, to acting as fireman for any domestic event on any scale at all.

Traditionalists will grumble that until quite recent times favoured television viewing had been re-runs of Men Behaving Badly.

Similarly they may complain that in the same space of time the type of behaviour could have fallen into the category of high jinx or larrikinism.

This now counts for nothing.

Had it been a childrens camp, how different it would have been.

At a childrens camp anyone in a position of any authority – in loco parentis – would have been required at the very minimum to supply a police certificate to the effect that they were safe people to be responsible for children.

In other words the event would have been under a school regime.

The young adults in contrast fell into an intermediate slipstream of authority, a lighter rein.

Labour party administration was walking across a minefield it did not know existed.

When things went wrong, when the abuse syndrome intervened, it fell however firmly and most definitely into this seemingly pre-defined victimhood category.

The incident exploded around the prime minister as if she was required to act as den mother around any Labour gathering involving anyone in this young adult category.

The mechanics of the affair and the way in which it has become treated in terms usually reserved for an authentic disaster are as new in their way as the victimhood syndrome itself.

What would usually have been described as a flap became vectored into a social crisis due to its genesis in social media.

It was now picked up by the mainstream media which supercharged it, and quite literally carried it to the prime minister’s suite in the Beehive.

This acted as a multiplier, an accelerator.

The prime minister could no less ignore it than she could if someone had emptied a basket load of live rats at her reception desk.

There are more victim categories now than there are award categories at, well, a journalist prize giving.

In the next few weeks there will be much talk in abstract terms about “survivors.”

The Labour – led coalition has discovered first hand how victim politics has become a political boomerang.

Nobody doubts that a large number of people who have something better to do such as govern the country will now for several weeks be primarily focused on handling this episode.

Where there are victims there must be perpetrators, direct and indirect.

Parceling up the blame in acceptable and digestible chunks while the media wrings its hands in mock anguish will consume much time by people on the public payroll who were engaged/ elected to do more constructive things.

The incident ushers out also the era in which Labour Party political gatherings of all types had about them a certain spark, a spontaneity absent from the more structured gatherings of, say, National.