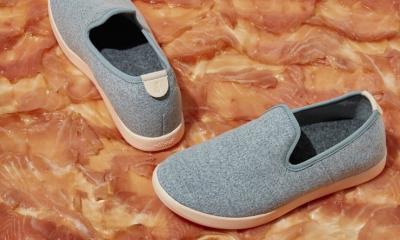 San Francisco-based Allbirds started selling minimalist woollen sneakers direct to consumers in 2016 and this month sold its millionth pair of shoes and launched a new range using a textile woven from sustainably grown eucalyptus fibre. It has online operations in the US, New Zealand and Australia, and shops in San Francisco and New York, with a steady stream of pop-up outlets. Today it launched its online business in Canada and will open two pop-up shops at Nordstrom department stores in Toronto and Vancouver.

“We are looking forward to introducing Canadians to Allbirds, particularly as Canadians have a fundamental understanding about the importance of protecting our environment,” said Brown.

Allbirds is the world's largest direct-to-consumer footwear brand and is capitalising on a trend for sustainable, natural products that's seen larger global rivals such as Nike and Converse also launch wool versions of their sneakers. Its merino wool has ZQ certification from The New Zealand Merino Company, its South African eucalyptus plantations are FSC certified, its shoe insoles are made from renewable castor bean oil and lined with wool, while the shoelaces are made from recycled plastic bottles.

"We have always conceived of Allbirds as about sustainable material innovation," said Brown, whose co-founder Joey Zwillinger is a biotech engineer and renewable materials expert. "We have got an opportunity to build a business that shifts other peoples' thinking and that's a pretty cool idea to go to work for every day. We are starting to now gather momentum."

Brown said the company is always looking for new and better ways to make their shoes even if the more sustainable option is initially more expensive. He said the company's direct-to-consumer model means it has margin room to invest in new materials and he expects costs to come down and more innovations to emerge in the future as manufacturers turn their attention to more sustainable methods.

"Sustainability is not a common conversation in footwear and I think that in a short space of time we have been able to show that certain things can be done quite easily if you commit to it," he said. "I do believe there is a fundamental shift going on in the way that things are being made and I think you have a new generation of consumer who cares about the provenance of the things that they wear, who cares about the things that they buy and they want to know the story."

The company has had demand for its footwear from around the world, with people emailing wanting the product, he said. Its largest market is 25-35 years old although it sells to people of all ages.

Time Magazine dubbed Allbirds "the world's most comfortable shoes", and Brown said the brand is committed to making well designed products in a sustainable way.

"People don't buy sustainability, they buy great products and so we have tried to really really focus on that and never compromise," he said.

When asked about the potential size of the global market while on a brief visit to New Zealand earlier this month, Brown noted that 2.4 billion pairs of shoes are sold every year just in America, or eight per person.

More in this category: « Rakon sells French property for 2.7M euro as manufacturing shifts to India Natural health a winner for firm »
back to top
Mar 08, 2018