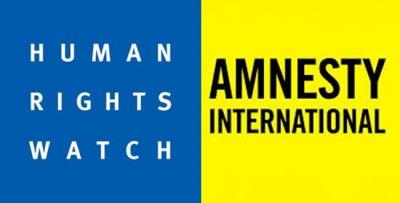 Amnesty International’s intervention in insisting that the New Zealand government officially registers condemnation of Saudi Arabia’s suppression of womens rights has begun to crack a hitherto unbroken seal of silence over the entire issue.

Officialdom is determined to paper over any such cracks however as the New Zealand government at every level continues to learn that Saudi Arabia intends to maintain its human rights repressions.

The government knows it has no option other than to enforce as a priority a wall of silence on this whole topic.

This is because the nation’s proportion of oil imports continues to rise to well beyond 80 percent and most of this is from the Middle East.

Human Rights Watch noted the same thing and reminded the New Zealand government of five other such activists, one of them female, currently facing execution.

Both these organisations blame the New Zealand government for its cupidity in accepting the Washington line to the effect that the Desert Kingdom is in the throes of a liberal transformation.

In the event, Saudi Arabia now sees the way clear to shrugging off still further international criticism of its enforcement regime.

One such reason is the imminent implementation of the United States embargo against Iran and designed to asphyxiate the nation’s foreign trade..

This will give Saudi Arabia an even bigger proportion of crude exports to countries such as New Zealand.

Not so well known is that Saudi Arabia has postponed the flotation of its state Aramco oil producer.

This means that the Kingdom’s rulers will be in a position to still further ignore the niceties that the West seeks to impose upon it.

In the instance of a New Zealand government constantly seeking to carve out for itself somewhere a moral leadership, there is the growing dependency caused by its ban on oil and gas exploration.

This has the effect of further deepening its dependency on Saudi Arabia and its oil.

A reason quietly advanced for its state of muteness underlines the contradictory nature of the official stance.

It is that the orchestrated silence in New Zealand governmental and institutional life on the Saudi human rights violations is required just because that whatever the short term embarrassments, the ultimate goal of freedom from oil and gas makes it all worthwhile.

To this end New Zealanders are encouraged to believe that until a few years ago there was no such thing as an electric car.

Similarly, New Zealanders are encouraged to consider that the power points installed to charge battery powered cars is derived from that same point, instead of being generated somewhere else, by something else, from something else..

Everywhere the impression is given that the Saudi royal family is the standalone ruler of Saudi Arabia.

In the event and from its inception the House of Saud has been in a power-sharing deal with the Wahhabi sect, a virulent, and extreme branch of sunni islam.

More in this category: « Channel Nine-Fairfax Needs Technology Led Visual Revamp of Newspaper Titles To Preserve Them This High Country Runs on Rails, Bells, and Festivals »
back to top
Nov 11, 2018