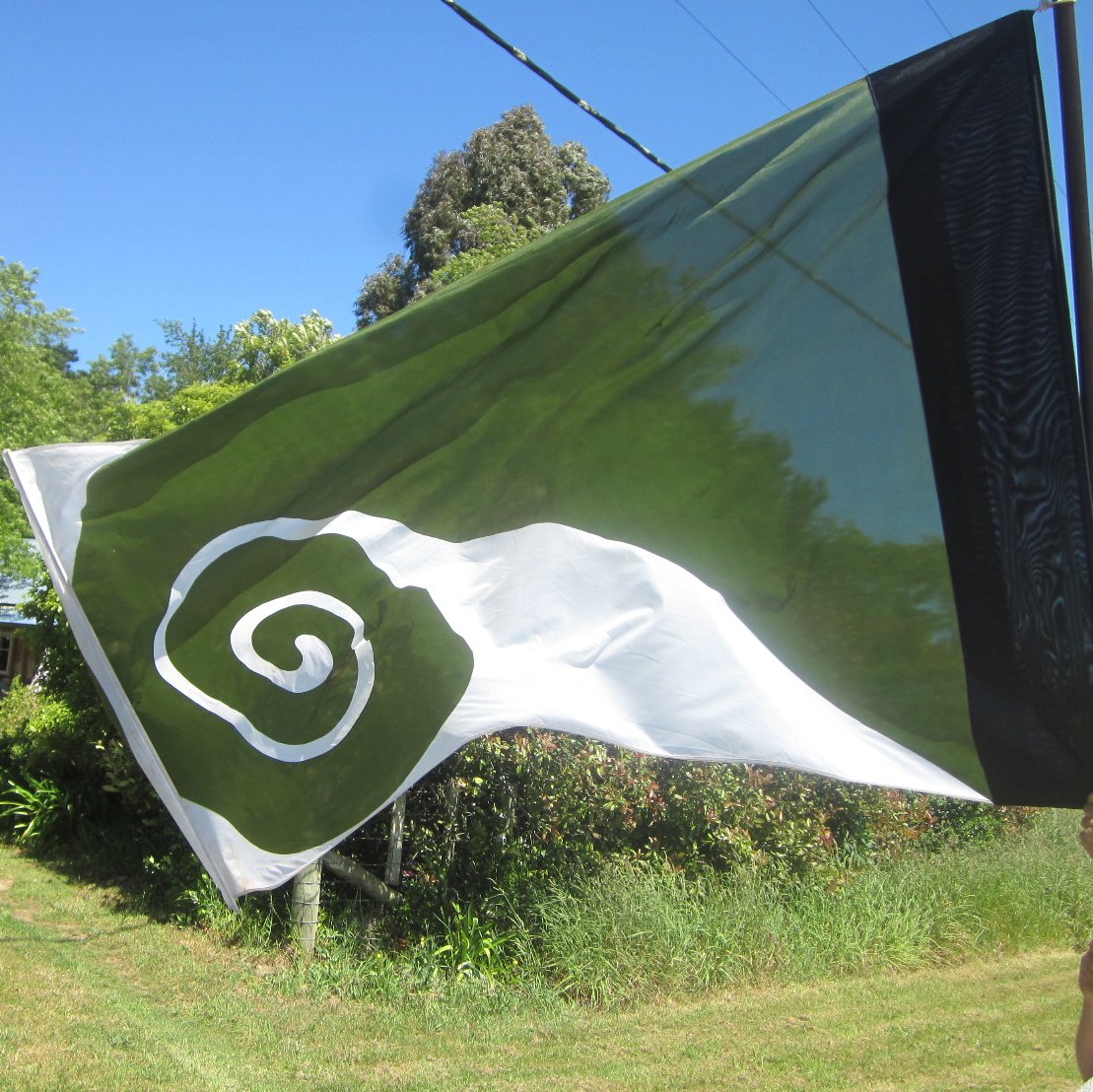 Vienna-born architect Friedenensreich Hundertwasser’s new-look flag for New Zealand was unfurled for the first time in 1983.

It was soon after rolled up and forgotten in spite of an expensive and extensive campaign promoting its value as an alternative flag for the nation.An entire generation later the original official flagstaff-grade flag was re-discovered and flown again for the benefit of MSCNewswire.It bears a remarkable resemblance to one of the quintet of new referendum choice flag options that have been boiled down from a very wide field indeed.In the intervening years between 1983 and now, there became unfurled a bizarre and colourful saga.It is as byzantine in its way as premier John Key’s own scheme currently flying via his flag selection referendumMr Stowasser was born in 1928. Hundertwasser was a nom-de-drawing board.  Of Jewish descent he was compelled to join the Hitler Youth in order to save his own skin. As an architect he was to position himself against the method and order of what he always saw as the tyranny of the straight line.Arriving in the Bay of Islands aboard a full-rig Baltic trader vessel in the 1970s he selected New Zealand as a nation still in formation and thus likely to be accepting to his Gaudiesque architectural concepts.The Kawakawa public conveniences with its bumpy lines was to follow and quickly became acknowledged as the world’s most photographed lavatory block.It was now too that Hundertwasser turned his unorthodox hand to design the new concept type of flag that he believed New Zealand needed, and in fact, deserved.The result was a curling fern and koru Māori pattern which in spite of Mr Hundertwasser’s fearsome reputation for the unorthodox had about it a very definite draftsman’s symmetry.An international firm of marketeers was engaged by Mr Hundertwasser to promote his new flag design.  Soon afterward however Mr Hundertwasser died in New Zealand in the Bay of Islands at the relatively early age of 71. Without the mystic and far-reaching touch of the master the design and indeed the change of flag movement languished.Until that is Mr Key fired it up again in his election plank crafted to appeal to progressives.Mr Hundertwasser’s fern-and-koru design now went into the original selection hat. But it was withdrawn at the insistence of the Vienna-based Hundertwasser Foundation on grounds of copyright.Suspicions at the time centred on much earlier work by the architect on European postage stamps the design for which he had received little recognition and thus recompense. The Foundation’s decision is considered to insulate the architect’s legacy from plagiarism and also from distortion.

From the MSCNewsWire Reporters' Desk

Published in THE REPORTERS DESK
More in this category: « Meat Companies & Green Party United in Fight Against Live Sheep Exports to Saudi Arabia Communists and Far Left Sidelined as France Uses Narrow Emergency Window to Quash Lethal Thugs & Back Up »
back to top