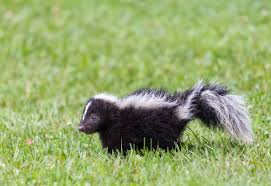 Gordon Anderson continues his look at  health and safety  . . .

In a recent Health and Safety update there was an example of how this topic can be taken to the extreme by PC correctness miss information and how overzealous ignorance of Health and safety; legislation can go horribly wrong.

A blind 7-year-old British girl has been told she cannot use her white cane at school because it poses a health and safety risk to teachers and pupils. After undergoing a risk assessment, Lily-Grace Hooper was told that her vital mobility aid could trip up passers-by.Instead staff have advised she should use a shorter aid (a white cane) and to get around with the help of an adult and "walk carefully" using handrails. But her parents said it would not be suitable because the long and light stick has been designed to suit her specific needs.Mrs Hooper, 38, said: "When the school told me she can no longer bring her cane into school, I just thought this must be health and safety gone mad.

In another instance, the making and throwing of paper darts was determined to be a hazard to the health and Safety of school pupils in an English school. To not deprive the pupils of this age old fun that we all have experienced, the school enacted the following rules:

1. The tips had to be cut off fair enough    2. The darts throwing had to be supervised    3. Safety glasses had to be worn    4. The darts could only be thrown in special throwing safety zones

Could this type of over cautious and overzealous approach happen in NZ?I suggest that we all watch this space as a degree of balance has to prevail when the new health and safety at comes into effect next year and I have included an article here by  Mike Mitchell, a commercial solicitor at the firm of Preston Russell Law sheding some light on the subject . . .To clarify some of the myths and misunderstanding that some have about health and safety

Its official, we will have a new law for workplace health and safety with the Health and Safety at Work Act 2015 coming into effect on April 4, 2016.

In our view the new law will mean good operators won't need to do much different than they already do. Those who have done nothing around health and safety will have work to do, but it's actually not too onerous a task to manage.WorkSafe NZ will release further industry guidance and regulations in the New Year. In the meantime, we have a reasonable understanding of the how the new law will work. Despite this there has been much wringing of hands and venting to the contrary by some recreational and social groups who fear the new law will put an end to their activities. This is not true and I will deal with some common examples below.

It's coming to that time of year when Christmas parades run in many towns and cities. Invercargill has a particularly impressive Santa Parade that has run successfully for many years. These parades can be large undertakings and many fall under current health and safety legislation, and at Christmas 2016 many also will have obligations under the new Health and Safety at Work Act. The new law will not mean the end of Christmas parades. But it will mean some parades that have no health and safety plans will need to do some work to put something in place. We think it's only sensible to have a plan when you have large numbers of moving vehicles and excited children all in one place.

On a similar note, volunteer associations that work purely for community purposes and which do not have any employees are not covered by the legislation.

But if a volunteer organization employs someone then they will have obligations just like any other employer. Helpfully there are exceptions to these duties related to volunteering for fundraising, sports, and educational activities.Some schools have made comments about stopping school camps and removing playgrounds to prevent injury to students and staff. This is not necessary and is a misunderstanding of the health and safety obligations of schools.Schools and staff already have duties under the current law. Under the new law schools have to ensure so far as "reasonably practicable" the health and safety of its staff, and that its work does not endanger people such as students and visitors.Schools that have robust procedures and follow those procedures will have no problems under the new law, just as they have had no problems under the current law.

Recreational hunters often access private land in particular farms or forests. The new law will not force landowners to ban all hunters or recreational users from their land. Workplaces covered by the new law are defined as "a place where work is being carried out, or is customarily carried out". This means that unless work is being undertaken in a specific area of a property, then a landowner will not have a duty to recreational users of all the other areas of the property. Of course landowners will also have no duties to those who trespass on their property.

We expect it will take time for understanding of the new law to filter through to many groups and businesses. Until then we suggest not to panic, then seek good advice.'

Published in THE REPORTERS DESK
More in this category: « Encounters with Enoch Powell: EU, Hitler & British Leyland Retail and Hospitality Sectors in New Zealand get High Marks in Delivering Customer Service »
back to top