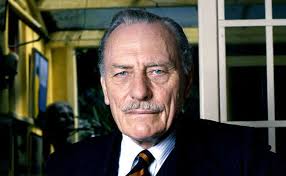 “You see no advantages then to Britain in joining a united Europe?” I found myself asking Enoch Powell  .  .  .

We were sitting in his elegant London terraced house in which I had noted the homely domesticity in his children’s names being embossed in floral oval ceramic insets on the doors of their bedrooms.There was nothing homely though in Powell’s response to my question posed in the early 1970s, writes MSC Newswire foreign correspondent Peter Isaac.“Hitler saw plenty of advantage in a united Europe.”You might not have agreed with what Enoch Powell said. But there was never any doubt about what it was he was saying. Or as it turned out, forecasting too.Eyes icy blue, brigadier’s moustache bristling, his widow’s peak quiff a-quiver, Enoch Powell’s legacy of lethal, for his political career, policy planks converged in a stark reality in recent times.He is remembered today for his resolute opposition to Britain joining the Common Market and for his equally stated opposition to immigration from countries where religious beliefs as he saw them were diametrically at odds with Britain’s own state religion of Christianity.It would he claimed at the time lead to a Europe united or disunited becoming the scene of much bloodshed. Unnecessary bloodshed, as he saw it.Powell, a former classicist at Sydney University, knew what happened to bearers of bad news. He was dead, as a one-man political force, anyway.He lingered in Parliament. But was banished from any meaningful participation in British governance for the rest of his life.Yet 40 years later it is hard to avoid a conclusion that Powell shared with his classical Greek heroes the ability to peer into the future and distil portents therein.A few months after our original encounter at his London house, and in the UK Midlands now, I bumped into Powell again. He was guest speaker at a UK manufacturers’ conference. This was at the height of the British government’s policy of reinforcing and subsidising at any cost motor manufacturer British Leyland.Asked about this propping up, Powell left nobody in the dark about his belief. In this policy he said the British government was “destroying” wealth in its obstinate determination in throwing money at an organisation that experience had demonstrated could only lose it.Curious about Powell, I asked the official responsible for organising this conference how much Powell had been paid for his appearance.He had been paid nothing, was the reply. What about travel? I asked. His rail fare had been covered by his Member of Parliament perks. He had merely requested that his return bus fare from the railway station to the conference hall be refunded.Today Powell would be known as a conviction politician. He did not for example appear to be in public life for the money.

Published in THE REPORTERS DESK
More in this category: « Peace, love and oil Don't panic over new health & safety law »
back to top