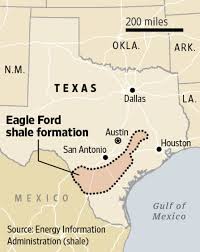 Gilbert Peterson writes for MSCNewsWire as he travels through the US  .  .  .

San Antonio Thursday 26 November 2015:  The trip south from San Antonio was to witness first hand the location of the Eagle Ford Shale play, one of the big oil bonanzas that largely saved the US from tipping into deep recession post 2008. By mid 2014 oil prices had shot up to over $100 a barrel. But the oil shale success flared too brightly. Along with expanded output in Russia, Saudi Arabia and other Middle East states, the slow down in China, and an expected increase in oil from Iran from the nuclear deal, prices are hovering around $40 a barrel, below 2009 levels.

We drive for an hour to Atascosa County with its newly minted mining towns. A steel sign proclaims ‘Peace, Love and Oil’, yards are full of pipes and other equipment lying idle. There’s a fear these could soon become brand new ghost towns. 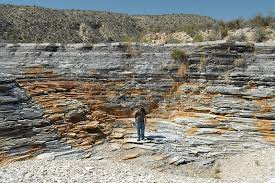 Every half mile or so across the scrubby mesquite country to the horizon are pairs of pump jacks endlessly doing their slow up and down dance. Offroad, through locked gates we arrive to recent earthworks hosting a pair of the new pumps. A smell of sulphur is in the air.

Murphy Exploration has reportedly put some $26 million into this site alone, on roads, drilling and related infrastructure, and has 500 others to maintain just like it. Each installation pumps perhaps 300 barrels a day, and there are dozens of oil companies of similar scale to this.

Asked about the low price of oil, Marcel, a Canadian staffer for Murphy, says its not the case they are hurting; they’re being killed, he says. Once the wells are down and producing the investment is sunk, so to 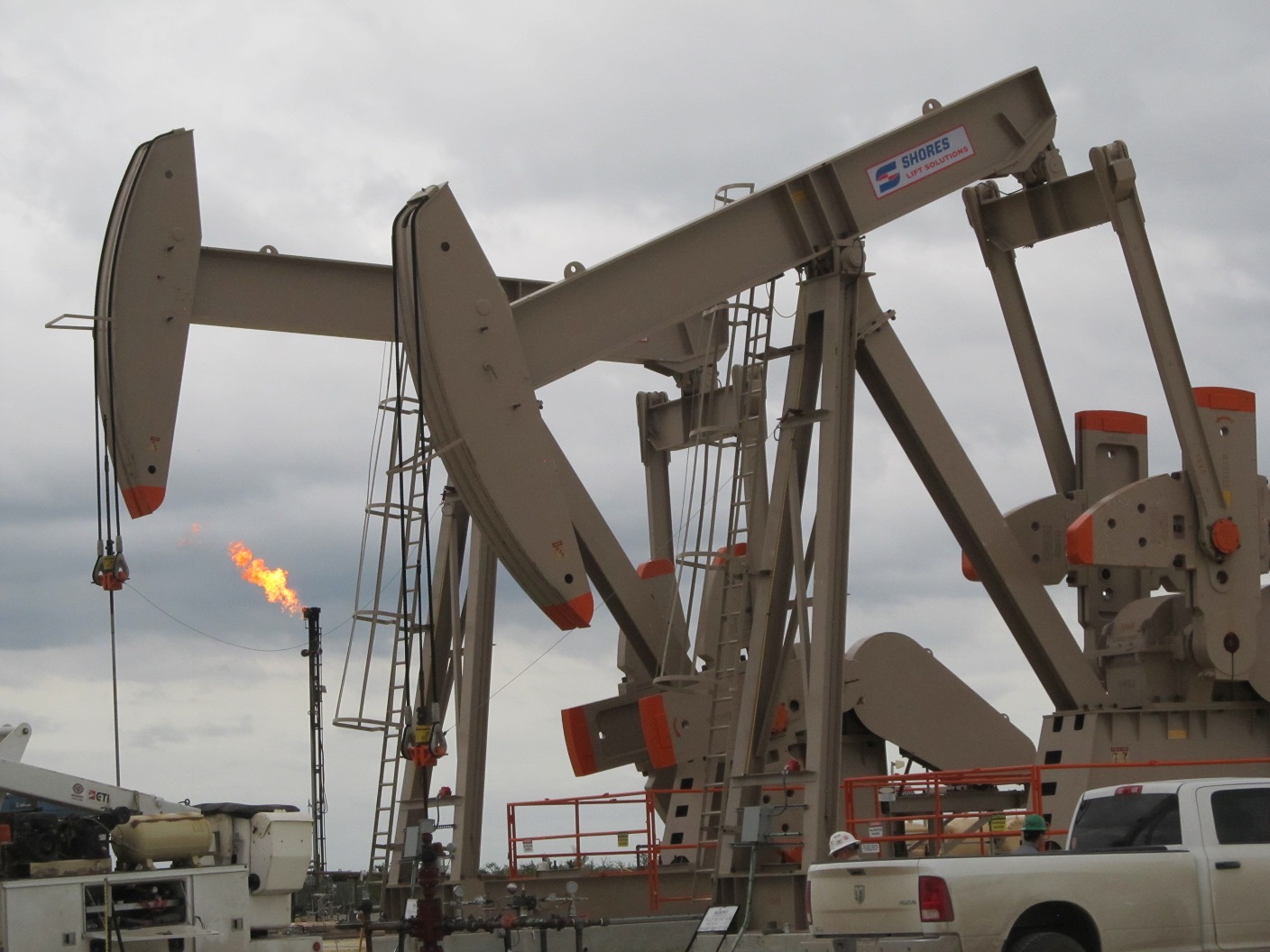 speak, with supply contracts to be kept to, no matter what.

Land owners are faring no better. Monthly royalty cheques have plummeted to less than a quarter of what they were earlier this year.

Global stockpiles are exacerbating the situation. One report notes 40 tankers are lined up off the Texas coast waiting to unload crude from Africa and the Middle East not wanted in their traditional Asian markets. Similar scenes are reported playing out off Singapore, China and in the Persian Gulf. The global stockpile of three billion barrels of crude is equivalent to about a month of world wide oil production.

The International Energy Agency said a week ago that the stockpile represents a “massive cushion” and “an unprecedented buffer against geopolitical shocks or unexpected supply disruptions.” US crude oil stocks are nearly a third higher than a year ago.

Combined with the stockpiles, the IEA report says the world’s sluggish economic outlook would slow 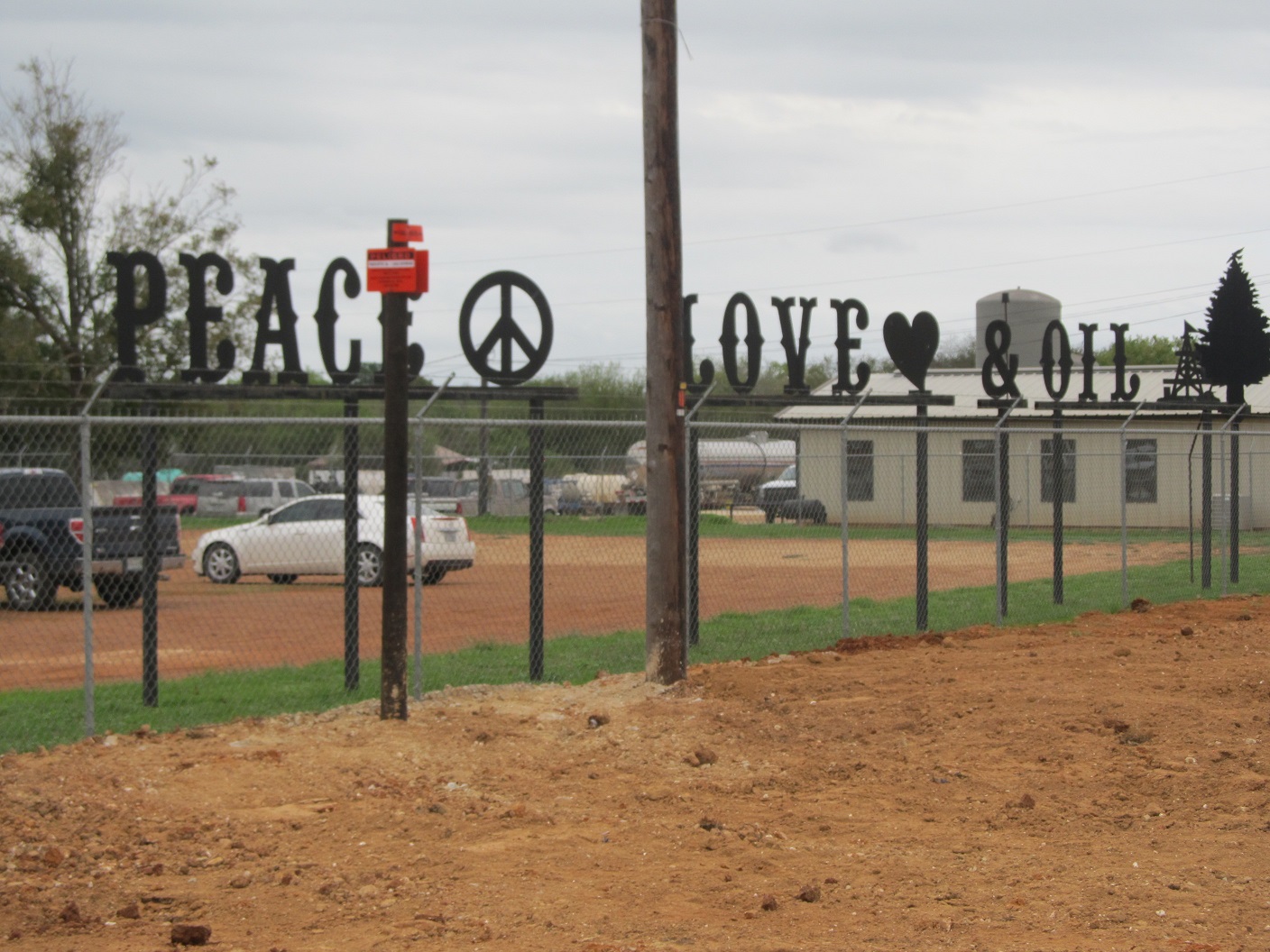 Not surprisingly oil drillers in Texas and elsewhere have been laying off staff, decommissioning their rigs, and finding innovative ways to wait out the low prices. The IEA says they will last for the next five years.

All of this erstwhile gloom spells ongoing bright news for consumers. The drop in the oil price is largely responsible for the low inflation economic environment around the world and has helped keep interest rates near zero here and in many other developed countries. While this scenario lasts, inflation is dead in the water, and interest rates will remain low, points made by central bank governors here and in other countries.

But any move that could lead to a significant rebound in the price of oil would impact rapidly in other markets, and the news just in is that Saudi Arabia is ready at last to reduce production and work with its OPEC partners to revive the oil price. For the past two years the Saudis have produced excess oil to try and undermine US based oil production. And excess US oil production has led to calls for the ban on its export to be lifted.

Published in THE REPORTERS DESK

More in this category: « Tim Groser on the High Road to Washington Encounters with Enoch Powell: EU, Hitler & British Leyland »
back to top