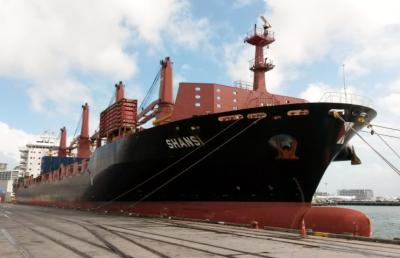 The captain of the 30,700 dwt containership Shansi was arrested in New Zealand for sailing the vessel while he was under the influence of alcohol.

A pilot, who was assisting the docking of the ship, thought the captain of the ship appeared to be intoxicated as he was having trouble docking the vessel. The pilot contacted Maritime New Zealand, who subsequently asked the Whangarei Police for assistance on the matter.

After the captain blew what was described as an exceptionally high reading, he was arrested and charged with an offence under the Maritime Transport Act.

The limit for a ‘seafarer’ is 250 micrograms of alcohol per litre of breath and carries a 12 month term of imprisonment or a $10,000 fine.

The captain appeared in Whangarei District Court earlier and was remanded on bail.

More in this category: « For the do-it-yourselver flatpacked boats now a reality - a boat in a box OOCL to be sold to Cosco »
back to top
Jun 18, 2018