OOCL to be sold to Cosco 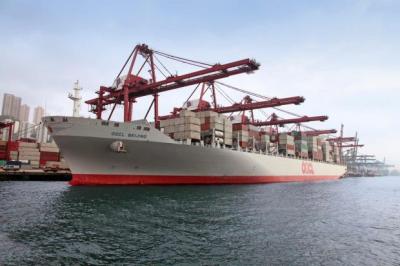 On the completion of the deal, Cosco will hold 90.1% while SIPG will hold the remaining 9.9% stake in OOIL. The joint buyers said they will keep the OOIL branding, retain its listed status and maintain the companies’ global headquarters in Hong Kong along with all management. Employees will retain their existing compensation and benefits, and none will lose jobs as a result of the transaction for at least 24 months after the offer close.

OOIL and its container unit OOCL have a good track record for above-average profits in a challenging market and a reputation for being a very well-run company, earning the moniker “The Perfect Bride” by Drewry Maritime Financial Research. This was reflected in the substantial price-to-book premium of 1.4x, which is a fair bit above OOIL’s historical average P/B of 0.8x. Retaining the management team, processes and systems is a wise move and could be of enormous value to Cosco, in our opinion.

The deal also contributes to the shift in some of the previously entrenched liner fundamentals that have made consistent profits so elusive for carriers. In a new spotlight report (Two steps away from liner paradise?), Drewry Maritime Advisors, argues that with the total system (liner and ports) benefits from economies of scale being exhausted and in a less fragmented market, carriers can finally reach the nirvana of sustainable profitability.

As things stand, upon completion of the latest M&A (the Ocean Network Express, or ONE, merging of the Japanese companies’ container units is expected to become operational in April 2018) and taking into account future newbuild deliveries, there will only be 10 carriers with a minimum 2% share of global capacity by start of 2021, which between them will control approximately 82% of the world fleet. As the figure highlights, as recently as 2015 there were 17 carriers with at least a 2% share. 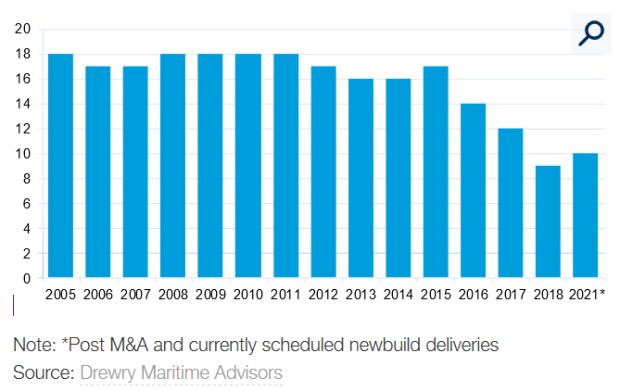 Figure 1: No. of carriers with min 2% share of world containership fleet capacity.

Shippers are getting used to consolidation in the container industry. That doesn’t mean they have to like it. As their pool of carriers shrinks they are more likely to lobby anti-competition regulators to step in. Recent container M&A such as Maersk Line’s recent takeover of Hamburg Süd and the proposed ONE merger of Japanese carriers have all encountered minor regulatory issues so any future deals may have to contend with conditions being applied that make them less attractive to conclude. The onus will be on carriers to disprove any form of collusive oligopoly is occurring.

More in this category: « Intoxicated Captain Arrested in New Zealand Fusion Partners with Sea Pro Boats »
back to top
Jul 05, 2018

The 2018 Home of the Year shortlist: The 12 homes that made the cut