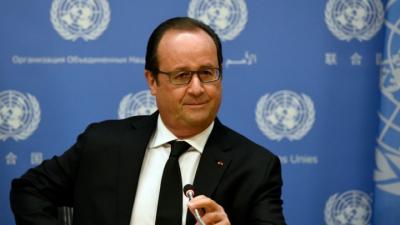 The decision by France’s president Francois Hollande not to offer himself for re-election for another five year term brings to an end the heyday of client-politics in the western alliance.

Known in France simply as “clientelism” the process is borrowed from industrial consumer merchandising.

It amounts to identifying numerous sector or niche markets. Then tailoring a special approach to each in order to create the desired mass market, in this case of votes

Mr Hollande, known in France as the King of Concensus, brought this whole technique to a fine art.

It was Mr Hollande’s bad luck that he was in the driving seat when France went through its most tumultuous period in the past half century in the form of islamic insurgency.

It was now that Mr Hollande fell back on his consensus technique which took the form of testing the reaction of his sprawling left constituency to sweeping aside France’s exaggerated code of rights in order to implement the state of the emergency that the situation required.

As was his custom, Mr Hollande sought out acceptable displacement activities such as leading parades to commemorate the slain in these atrocities.

He immersed himself in the Paris climate conference. At any other time France’s ultra-politicised politico-professional liberals would have trumpeted his presence at the high altar of the political class as an example of his mastery of statesmanship.

Instead his absorption by the liberal ritual was construed as still another example of Mr Hollande’s reluctance to bite any bullet for fear of losing votes.

Mr Hollande is a photo-fit of the political class. He started at one of France’s political versions of West Point. In his case ENA, and then zig-zagged his way forward, his pace accelerating during his patronage under the aegis of the regal Francois Mitterand.

Cruelly, and in the Latin tradition, everyone, and from all his niche markets, now has their boot into the hapless outgoing president.

The most vicious kicks in the guts are from his own former proteges whose careers he had so assiduously nurtured in the tradition of the French political class.

He who tries to be friends with everyone has no friends

Earlier MSC article: The end of the Politically Correct

More in this category: The End of the Politically Correct »
back to top
Oct 11, 2018