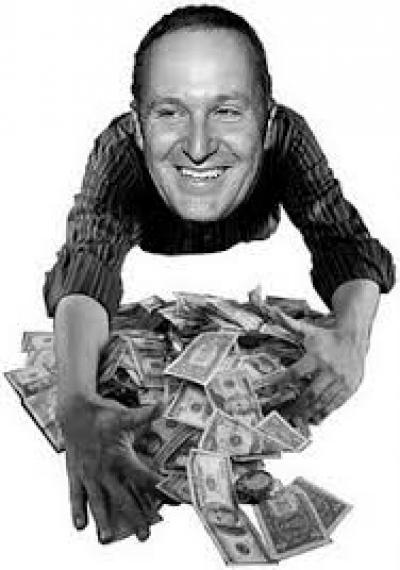 DIY defeat in which Blindness to symbols blended with analysis-induced paralysis.

Political buffs everywhere will refer to the fall in 2017 of the National Government as an example of how flourishing terms of trade and other positive economic indicators are insufficient to compensate for a failure to quickly get on top of emotive domestic issues.

The National Government fell through becoming paralysed by its own over-analysis.

It could never get a clear vision of its overriding objective which was to stop its older adherents bolting to Winston Peters and his New Zealand First alternative party.

Similarly, National had to lock in its farmers.

Yet with its inability to put out clear policies, notably on water, National allowed Winston Peters to insert himself in the policy vacuum and declare himself the champion of farmers

Again, in taxation, National was unable to put across the obvious dual message to the effect that yes, capital gains tax was a good idea, but oh dear! It simply had had the opposite effect of the one intended in countries that had it. They might have quoted Spain, for example

In a curious example of reverse laws in physics, the more advisers and “consultants” the Nationals recruited to its cause from at home and abroad, the less the grasp it gave the impression of having on the issues

Neither was it able to recognise its own strengths in order to de-fuse the anticipated accusations of absence of much caring-sharing in regard to minority groups. It’s allegiance with the now extinct Maori Party was one of these hidden symbolic advantages.

It was in its absence of comprehension of political symbols that from the outset of its third term that the governing-alone National Party was most manifestly out of its depth.

The caucus, the Parliamentary party in toto, did not know how to handle a celebrity prime minister, and especially one who would not be taking them into the next election

Without anyone to counter his own exuberance, the caucus allowed Mr Key to launch his personal flag-changing campaign which was to alienate the growing proportion of its elderly supporters, and to near universal surprise, a sizeable chunk of the younger ones as well.

A pride of the National government was that under the tutelage of old Wall Street hand prime minister John Key, it understood pretty much what was going on in United States politics.

In the event it gave the impression of having little comprehension at all.

It seemed as surprised as its contacts in United States media and politics that Donald Trump became the new president.

It was revealed for example that the National government had signed off on a large donation to the Clinton Foundation.

The National government now followed through on its pledge as a temporary member of the United Nations Security Council to back a measure against Israel.

As the election drew near and grappling now with the excesses of house prices and unable to explain how this was due in part to regulatory constraints, many introduced by Labour, the National Government now stood mutely by as it found itself on the receiving end of the biggest own goal in New Zealand political history.

New Zealand is quite different from the United States and Australia in that great wealth is not necessarily admired.

Which is what happened now as the general election drew near .

Neither can the National Party point to Fifth Column-style enemies of the type that are supposed to be neutral.

Certainly not the mainstream media.

The old legacy media nowadays is neither to the right nor to the left.

It is though intensely pc, something which National finds it hard to grasp, and thus accommodate itself to.

In the end it was a DIY defeat.

National fell into all the bear traps dug for it by Winston Peters.

Then added its own.

| From the This email address is being protected from spambots. You need JavaScript enabled to view it. ||  Monday 23 October 2017   |||

More in this category: « National Party Slipped into Reverse Gear in its Third Term Copyright Rap for New Zealand National Party »
back to top
May 17, 2018

PM Ardern appeals to business for partnership on transformative policy