People are lining up to pay $28,500 for a billionaire’s ‘Tiger Tour’ of New Zealand golf, spas, and wildlife 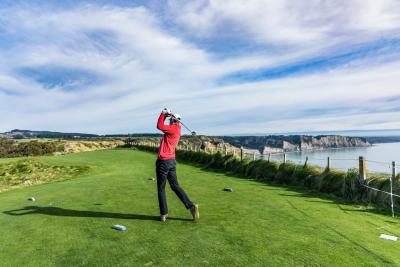 Nov 23, 2017  -  Legendary hedge fund manager and multi-billionaire Julian Roberston put together one of the most luxurious golfing vacations in his beloved New Zealand – and we got the inside look writes Elena Holodny for Business Insider US.  On the Tiger Tour, vacationers can see both New Zealand’s North and South Islands over the course of nine nights on Roberston’s three properties: The Lodge at Kauri Cliffs, The Farm at Cape Kidnappers, and Matakauri Lodge.

Roberston, 85, a pioneer of the modern hedge fund industry, is best known for founding the investment firm Tiger Management Corp, one of the earliest funds, in 1980. After closing his fund in 2000, many of Robertson’s proteges went on to start some of the world’s largest hedge funds, such as Lone Pine and Viking Global.  His net worth is estimated at $4.1 billion, according to Forbes.

The Tiger Tour is currently going on from November 17-26, 2017, but there’s another tour coming up March 1-10, 2018. The tour is limited to four couples at $28,500 per person, plus taxes, and not including international airfare and other expenses. The first stop is at The Lodge at Kauri Cliffs.