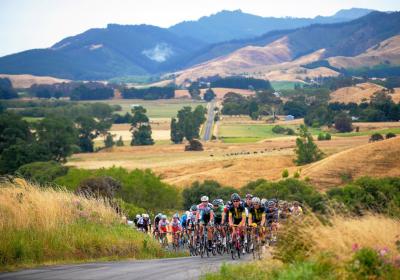 Castlepoint Lighthouse looking south towards the Basin and Castle Rock

Dec 8, 2017 -  Switzerland’s national pursuit cycling team will make its debut at the 2018 New Zealand Cycle Classic held in the Wairarapa next January. While some of the riders have competed in New Zealand before, this will be the first time the team has competed in the iconic race, the only Union Cycliste Internationale (UCI) 2.2 accredited tour staged in New Zealand which has been an annual sporting fixture for the past 30 years. The team will be led by experienced rider Thery Schir, who competed at the 2016 Olympic Games, finished fourth in the Madison at the 2016 World Champs and recorded strong results in the international tour of Portugal and Fleche Du Sud in the Netherlands. The Swiss team will use the NZ Cycle Classic as an important part of their preparation for the 2018 World Track championships, held in Holland in March. Schir is looking forward to visiting and competing in the Wairarapa from January 17th – 21st 2018.

“I am looking forward to exploring a new part of the world with the New Zealand Cycle Classic and hoping to sample some famous Martinborough wine after the tour,” said Schir.

The Swiss team features a who’s who of experienced riders including seasoned professional track and road rider Cyrylle Thiery, who finished fifth in the Tour of Hokkaido in Japan in 2016 and third in the sprints classification. He is the most experienced rider in the team with top places in this year’s tour of Colombia, South Bohemia Tour in the Czech Republic and the Tour of Greece.

Stefan Bissegger is the third member of the team and the 2016 winner of the Driedaagse Van Axel tour and sprints classification in the Netherlands. He is tipped to be an exciting rider to watch during the NZ Cycle Classic’s bunch stage finishes.

The rest of the team are Claudio Imhof, Frank Pasche and Gael Suter, all experienced riders in stage races around Europe.

Swiss team manager and national coach, Ross Machejefski, who is a New Zealander, chose to start the team’s year during a Kiwi summer to prepare his riders for the world championships later in March.

“This tour fits into a one month training block in New Zealand for the team to avoid the harsh Swiss winter! The riders are really looking forward to racing in the New Zealand summer and alongside some of Australasia's best road riders” Machejefski said. 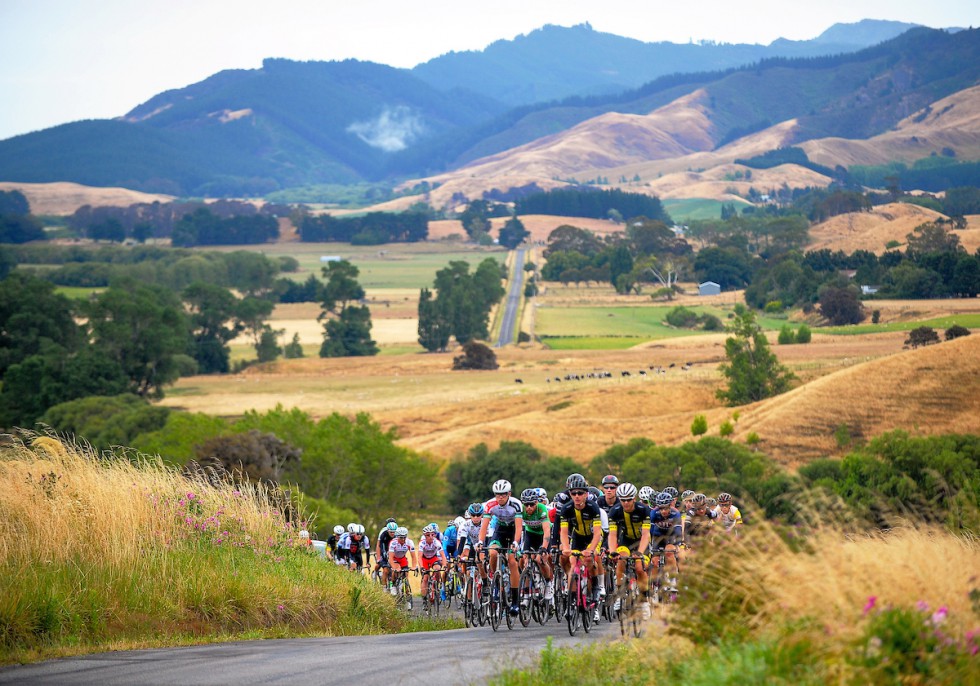 New Zealand Cycle Classic race director Jorge Sandoval is thrilled to have the quality Swiss team make its debut in his event.

“Swiss riders are highly regarded all over the world, to have them here for the first time is a privilege for our event - they may be the Swiss “Track” team but I know how experienced they are in stage races, having seen their results and participation over the last few years in many stages races around the globe, they are coming here to do well and should be a strong team to beat,” said Sandoval.

The New Zealand Cycle Classic is recognised as the premier international road cycling event in this country and has developed a reputation for unearthing new talent, with many of the riders having gone on to win stages in the Tour de France, the Tour of Italy and world championship titles. In 2018 it will be held in the Wairarapa from January 17th – 21st with more riders coming from around the world. These teams will be announced in the coming weeks as will confirmation about whether 2017 Tour winner Joseph Cooper will defend his title.

The five-stage tour features two new routes that weave through Wairarapa’s rolling country side and will also see the team’s presentation held in a festive evening setting on Tuesday, 16th January in Masterton.

Being held simultaneously, is Huri Huri a series of community based cycling events designed to celebrate the Wairarapa’s bike-friendly roads, tracks and trails; the people that ride on them and the bikes they ride.

These include: an opportunity to explore the historic Castlepoint Station by bike along three different coastal tracks on Saturday, 20th January and a fun, family friendly evening at Mitre 10 Mega Masterton on Tuesday, 16th February. This promotional evening will include a freestyle BMX display; fun cycle obstacle course for children; a free barbecue and a promotional circuit ride for club riders. The elite teams will also ride the same Criterium circuit enabling spectators to get a taste of what exciting, international racing will unfold in the coming days.

More in this category: « People are lining up to pay $28,500 for a billionaire’s ‘Tiger Tour’ of New Zealand golf, spas, and wildlife Ghana looks to convert grassroots rugby into global success »
back to top
Apr 24, 2018