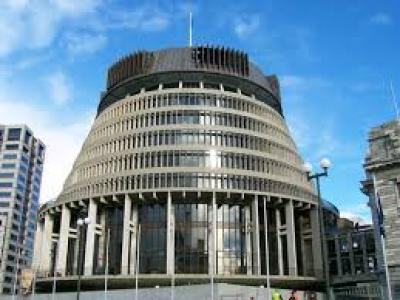 The changes follow the resignations from Cabinet of Hekia Parata and Murray McCully.

In other changes Simon Bridges has been appointed Leader of the House and Nicky Wagner has been made Minister supporting Greater Christchurch Regeneration.

Mr Mitchell has been promoted to Cabinet.

“This is a Government that is focused on the future. Our careful stewardship of the Government’s books over the past eight years has given us a rare opportunity to make a difference to people’s lives and we are going to take it.

“As education minister, Ms Parata has changed the conversation in our schools and driven sharp rises in achievement for all our students, particularly Māori and Pasifika.

“As foreign affairs minister, Mr McCully has improved existing relationships and developed new ones, all the while running a truly independent foreign policy for New Zealand.

“Neither will be easily replaced but in Nikki Kaye and Gerry Brownlee we have two very well qualified successors.

“The same holds true for the Ministers who are picking up the roles relinquished by Mr Brownlee to take up the demanding foreign affairs position.

Mr English said he particularly wanted to pay tribute to Mr Brownlee for his untiring efforts to put Christchurch back on its feet after the 2011 earthquakes.

“Having worked alongside him as associate minister for several years his successor, Ms Wagner, is ideally placed to replace him.”

The Prime Minister also announced some changes to the housing portfolios.

Social Housing Minister Amy Adams will remain responsible for Housing New Zealand and all aspects of the Government’s supply of social and emergency housing. She will also take responsibility for the Crown land programme and have a closer involvement in the Government’s overall house building programme.

The new ministers will be sworn in next Tuesday and the new Cabinet will hold its first meeting on May 8.