New Zealand should sustain a suitably detached policy position over present NATO-Russia--- “ We do not have a dog in the fight...” 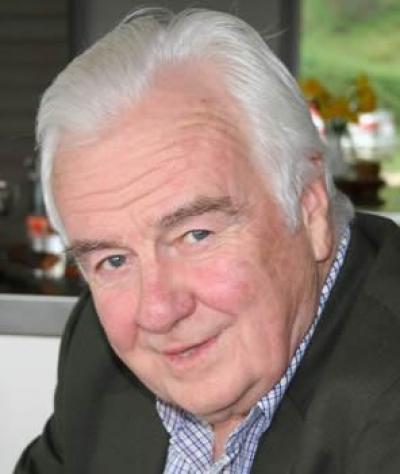 Few practitioners from any nation have enjoyed quite such an extended career at the heart of the global firmament as British-born diplomat Terence O’Brien (above). He was president of the Security Council of United Nations during the Balkans conflict. He was one of the principal access negotiators on behalf of New Zealand when Britain originally entered the European Common Market. He has occupied posts in London, Brussels, Bangkok and Geneva. He was the founding director of the Institute of Strategic Studies.

You have been an outspoken opponent of mixing trade with foreign affairs?

This is not strictly accurate. I take issue rather with the jargon that “all New Zealand foreign policy is trade” which is a holdover from earlier times and reflected today in a sense promoted by some New Zealand leaders, that NZ’s success and place in the world is to be judged primarily by the number of Free Trade Agreements that it is able to secure.

NZ’s modern experience especially in respect to emergent Asia proves emphatically that successful trade arrangements depend firstly and vitally upon sound political and diplomatic relationships (China is a prime but by no means solitary example). NZ’s accomplishments in Asia and indeed elsewhere rely in other words, upon earned trust with other governments. Fostering that trust is a political/diplomatic responsibility.

Predictable trade relationships require a great deal more than nimble private sector commercial skills- although those are indispensable of course to overall success and the New Zealand private sector plus NZ primary producer groups have been notably effective in this regard.

To what extent do you view the recent NZ sponsorship of the UN Israel censure as a development of this blend?

There may have been in the minds of some on the NZ side, the thought that sponsorship might earn credits in some Gulf States where NZ seeks to formalise free trade arrangements; but around the UNSC table there is genuine concern about the danger for the future of ‘two state solution’ to the Israel/Palestine conflict ,that has been the long established diplomatic basis for eventual peace. The present Israeli government appears openly to resile from this formula as it continues resolutely to expand Jewish settlements on the West Bank, a practice deplored by the UN Security Council. From the moment it gained a place on the 2015-16 UNSC NZ committed itself to contributing to the search for progress on this key issue. Co-sponsorship of the eventual UNSC resolution which calls as well for Palestinians to desist from provocation and terrorism, was the logical consequence.

Looking back on your days as a dairy sector negotiator during Britain’s entry into the Common Market, how do you view Brexit now in terms of NZ diplomacy and trade?

From the perspective of a small, distant but companionable partner of Europe, Brexit appears to be a mistake. It comes too at a time when conservative populism is on the rise within Europe with the emergence of right wing nationalist political groups in several countries. Twentieth century experiences of European mistakes and miscalculations and their devastating global consequences, not once but twice, are not to be overlooked.

British entry into Europe was a taxing experience for NZ. The deals struck for safeguarding NZ trade interests represented a stay of execution rather than reprieve for this country . Within relatively short periods of negotiated transition the New Zealand farm economy was obliged to diversify production and markets. That process drove foreign policy extending NZ political and diplomatic interests to a wide range of new partners (in the Middle East, Communist Europe, Latin America and, most notably Asia) . It consolidated NZ as a genuine world trader with global interests. Global interests are inextricably bound up with global responsibilities even for small countries, and require contributions to global wellbeing and stability.

The process deepened NZ support for international rules based behaviour particularly in trade but also in directly related areas such as peace and security, freedom for transport and navigation, responsible behaviour in global environmental and resource protection and so forth. Because of the very nature of its own being the European Union (EU) has been a notable champion of an international rules based system. But the fact of BREXIT places a question mark over how influential a collective European voice will now be in the future. At a time when American commitment to global rules is questionable under a new inexperienced President Trump, the need for sustained collective European support for the system has never been greater. The foreseeable future suggests that New Zealand will crucially need the courage of its convictions.

How do you feel about the Helen Clark bid to be the UN Secretary General especially in regard to her role as an officer of the UN at the time?

The selection process for a new UN Secretary General in 2016 sought to break new ground - which is always difficult in the UN. Formal candidatures backed by governments and involving public job interviews were decreed for the first time in 70 years. Hitherto candidatures had been exclusively personal affairs and selection decided behind tightly held UN Security Council doors where the votes of the five permanent Council members (US, UK, France, Russia and China) were decisive. This time a new approach was defined in the interests of greater transparency and democracy in the selection process. It is stretching things somewhat to suggest those goals were achieved.

There was a general sentiment beforehand that the new appointee should be from Eastern Europe (which has never supplied a UN Secretary General ) and also be female (which would be a first). In the event neither aspiration prevailed and the choice, of a Portuguese male, was once again taken behind closed doors at the UNSC.

Helen Clark was a creditable candidate and the NZ government campaigned for her, but her success depended first and foremost upon her own efforts. She came as a candidate from within the ranks of the UN itself, but this is not without precedent (Kofi Annan one the most effective SGs, was a UN Secretariat employee). As head of the UN’s largest aid institution she was well known across a very wide number of UN member countries ( especially developing countries).The reasons for her lack of success will probably never be known in full. Her relatively poor showing in the straw polling of UN member countries before the final appointment, was an undeniable disappointment. The most that can be said is that she was a serious contender; and NZ can take some consolation from that.

What are your views on Russia and NZ’s participation in the US-EU trade embargo?

With Russia and NATO we are reaping what was sown. At the end of the Cold War there was an opportunity for the Americans and Europeans to consolidate a cooperative inclusive (of Russia) security system for a post CW Europe. The Soviet led Warsaw Pact subsided into oblivion which is what military alliances historically do when conflicts end, and/or the reason for their existence disappears. NATO in direct contrast did not. It was enlarged with new members, new bases installed and its boundaries extended into Russia’s borderlands - which for the US anyway potentially included Ukraine. But who was the adversary? An enfeebled Russia could do nothing but (as George Kennan amongst others warned) one could not rule out economic recovery by Russia and new leadership that objected to NATO expansion (which included into the affairs of the Middle East) and would push back. Enter Mr Putin, and so it has come to pass. His preemptive seizure of Crimea (where the Russian fleet has had a base for two centuries or so) is contrary to the international rule of law - but hardly surprising in the wake of western foolhardiness.

NZ should sustain a suitably detached policy position over present NATO-Russia. We do not have a dog in the fight. Russia does not threaten the US although Putin clearly intends that Russia be assertive and taken seriously internationally. Russian interference in the US electoral process may or may not have occurred. If it is proven Russians would presumably point to equivalent American policies in the name of “spreading democracy” in Russia ,its satellites, and including Ukraine. They are, on both sides, ‘pots calling kettles black’

More in this category: « What a Difference 11 months has made to Commerce Commission NZME & Fairfax merger Deliberations MSCNewswire Surpasses One Million Visits Per Month »
back to top
Nov 11, 2018