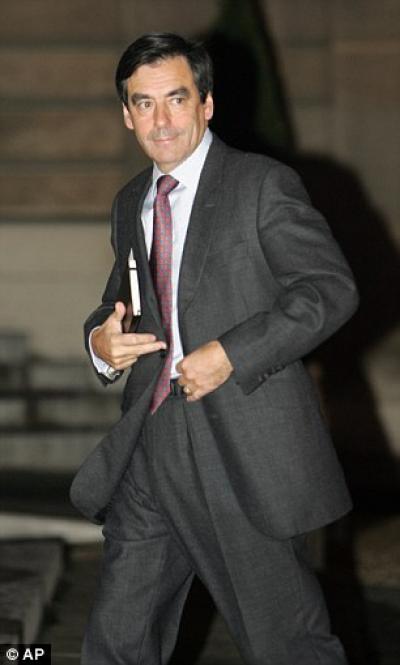 He looks like the star of a television series set in the 1950s about British country doctors or family solicitors of those solid and dependable times. But former French premier Francois Fillon considered by the English-speaking world to be a shoo-in for his country’s presidency is now looking anything but a winner.

In recent weeks the Mr Clean of europolitics has found himself be-spattered in every variety of calumny and remarkable even for a country renowned for its political spoils system.

The hapless Mr Fillon is looking less and less like the fulcrum around which will rally the centrist forces in the event of a first round win by the National Front’s Marine Le Pen.

At the cusp of the 1960s/1970s France was the focus of New Zealand’s global trade interest for the way in which it was perceived to be throwing a spanner into the primary produce works as Britain made its transition into the Common Market, as the EU was then described.

Yet in a bizarre about turn France has now become as important to New Zealand industrially as Britain was in those days.

Here though are just some of the French companies that dominate their sectors in New Zealand:- ‘

This unacknowledged state of affairs took on a humorous form when one of the New Zealand government start-up technology incentive funds invested in what appeared to be a local computer games producer only to find out that it was in fact controlled by Vincent Bollore.

He is known as the Breton Raider, and who from his gigantic holdings in transport and commodities in Africa has devolved into the leisure-entertainment sector.

The officially encouraged focus on the East contains a romantic Prester John–like flavour in refusing to acknowledge how hard it is for anyone but the very biggest traders to actually get paid from anyone in these regions.

It also shrouds the mercantile dependence on a country such as France. This is demonstrated by a French trade deficit of $845 million in 2014. In France’s favour.

Back now to Mr Fillon who until a few weeks ago was considered the favourite for the Elysees and thus the man to usher in New Zealand’s EU trade agreement.

His role even as the rallying point as the second round coalition leader in the French presidential double is now being questioned.

The favourites now are the National Front’s Marine Le Pen head-to-head with the former Socialist Party economics minister Emmanuel Macron and his own personal party France on the Move.

For Mr Fillon trouble does not travel alone. Not only is he being charged with putting his family on his parliamentary payroll, and for influence peddling, which is all pretty much part of French political life anyway.

In the unkindest cut of all he is also being accused of receiving his fine-cut English style suits as gifts from wealthy benefactors.

More in this category: « Marisco Vineyards’ Brent Marris: People Love Stories--- If you can Attach a Good Story to your Wine brand then you are Ahead. General Williams Predicts that President Putin’s Continuing Message to West will remain Keep Your Distance »
back to top
Jul 30, 2018

From trade to currency war: US-China spat getting uglier on markets

NZ has signalled a new, tougher stance on China. How will Beijing respond?