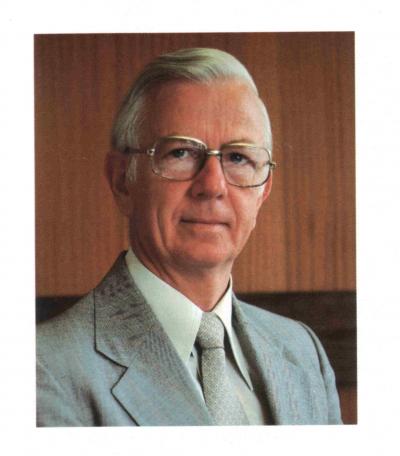 Ground floor opening for the state to back IT manufacturing lost. Progeni’s Perce Harpham explains what went wrong...

During the 1980s Australasia’s version of Silicon Valley was New Zealand’s Hutt Valley. Here, a coalition of public and private enterprises had anticipated the screen graphic presentation techniques that would later become standard fixtures. At the forefront of these developers was Progeni led by Perce Harpham (above). Progeni had developed its desk top computer for the global marketplace. It needed just one thing which was a local user base in education. But Apple, whose Steve Wozniak was a constant presence in the Hutt Valley of that era, was also knocking on the class-room door...........Five questions now for Perce Harpham....

As you look now at the immense scattering of public funds in the general direction of encouraging technological innovation, you must feel increasingly disappointed at the failure of the government to encourage your educational application desk top computer, leaving the field open to Apple among others?

The development of the Poly computer system was disappointing on many fronts. The idea for a special purpose computer was conceived by two gifted lecturers in Wellington Polytech. It was accepted by the Education Department. The Government's Development Finance Corporation was charged with doing the sort of job that NASA does with space travel - namely bringing together New Zealand resources to make it happen. Just for once it appeared that NZ was going to do something right in the technology field by taking a problem which we had here and developing a solution for the world market.

The Development Finance Corporation invited us to form a joint venture with them to do the job. The idea was that the Joint Venture would develop the systems software and the hardware, the Education Department would develop the courses and use them in NZ while the JV would make the computers and market them with the courses overseas. DFC said they had cast iron arrangements with Government to buy 1000 machines per year for five years if they met the practical requirements of the Department.

My company, Progeni, then provided highly capable professionals to develop the system including all sorts of innovations, some 30 companies supplied parts and manufactured circuit boards, and the specially designed the moulded cases and the like. Some 60 teachers gave up their Christmas holidays to develop demonstration courses for mathematics, music and all sorts of things where there was a need. We made some 70 machines which were trialled in class rooms. Massey University evaluated the results. They were highly successful and more than met the conditions set down by the Department. The Government then welshed on the deal.

Warren Cooper later told me that he and his colleagues in the cabinet had decided that, and here I quote, " there was no point in spending Government money so that teachers could do even less work".

We bought out DFCs interest in the Joint Venture and tried to carry on. A number of schools then raised money and bought machines. I have been told that another cabinet minister had an investment in the Apple agency in NZ. Apple then was allowed to dump, and I use the word in its formal legal sense, its computers in NZ at about one quarter of their retail price. They targeted precisely our market and destroyed it for us.

We went to China and sold a few machines then built a new model handling Chinese characters. We were on the verge of some major sales when the Tiananmen Square incidents occurred and all the bankers suddenly thought anything to do with China was valueless. Our bank, the Bank of New Zealand, then twice had to be rescued from bankruptcy by the Government. We were the collateral damage. Almost a year after the receivers were appointed we had a major order from the Agricultural Bank of China. It had been delayed by Tiananmen and the company had been destroyed. But I managed to deliver part of the order from stocks that had been stored in China and purchased back from the universities we had given them to. But we were already dead.

Had the Government honoured its commitments New Zealand would have been a world leader in computer-based learning.

To what extent did the death of your chief technology officer Jean Claude de Verrier in the same Chicago DC10 disaster that took the life of Roger Estridge, point man for IBM’s pc development, harm the future of the Progeni desk top development?

Jean Claude de Verrier's (pictured below) death was a huge blow. It did not affect the development of the Poly computers. But it set back our US venture dramatically. Nonetheless it was going well before the receivers sold it to the management for a pittance. It has gone on to prosper as Progeni Inc with headquarters in Dallas. All of the people we transferred to the US who have not retired are still with it. See its website. 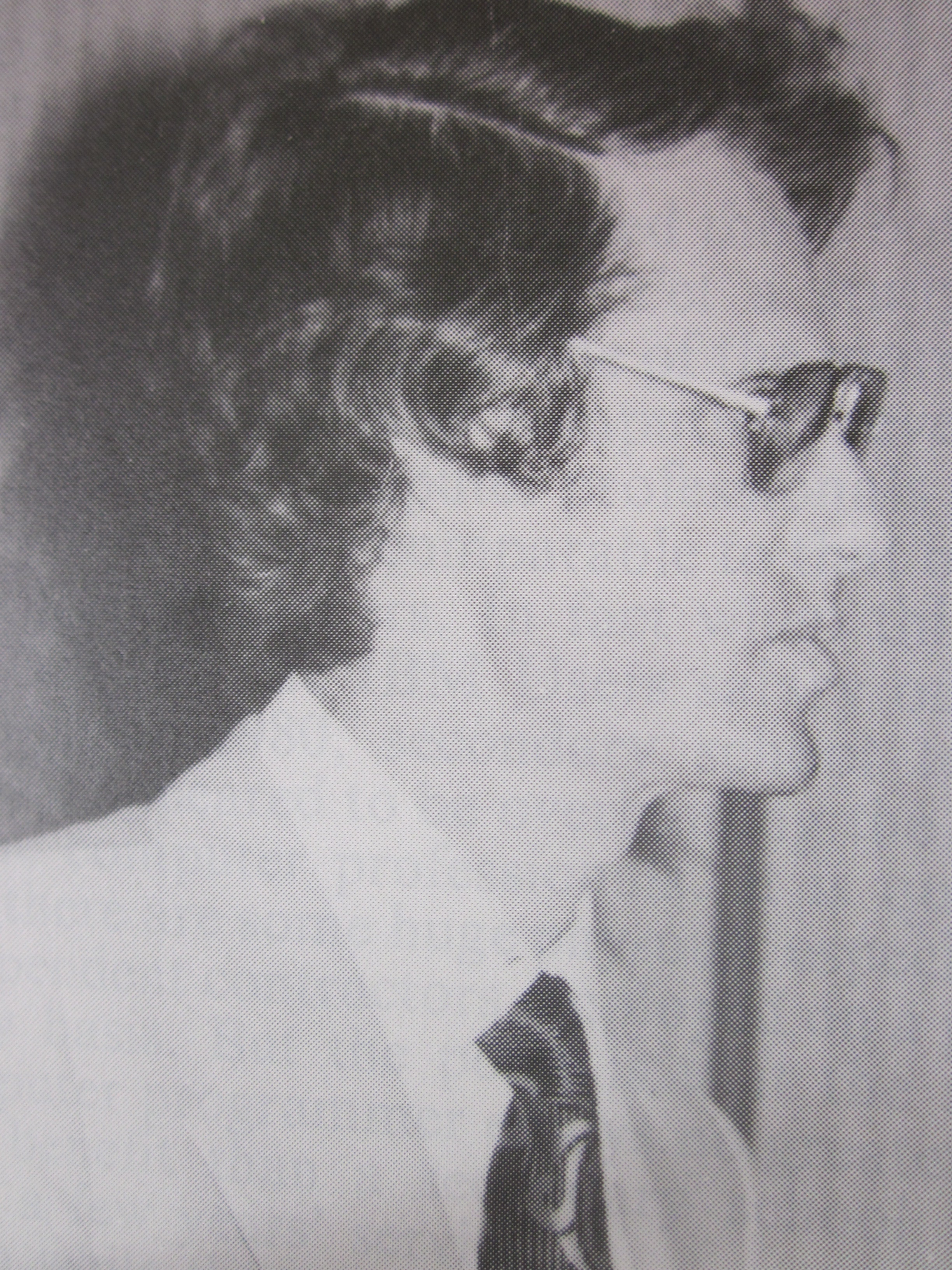 After your bid to persuade the Department of Education here to buy the Progeni desk-top, you turned to China. Were you worried at the time and subsequently about (a) copying, and (b) getting paid?

I can only add that one is always vulnerable to copying and you rely on staying ahead of the game so that your new innovations make the copies obsolete. There was never a problem about getting paid. When we went into receivership it was claimed in the press that it was because we had not been paid from China. This was completely untrue.

You pioneered in New Zealand the independent software development house, handling major governmental contracts along the way. How do you view nowadays public systems development and implementation?

I view Government handling of their computer developments as an unmitigated disaster. We formed a Joint venture with a US company to deliver the software for the Wanganui Computer System. We delivered it on time at the quoted fixed price, exceeded the specification, made a profit and paid tax on it. It lasted for 30 years.

In the meantime the Government let a contract to replace our law enforcement system. No NZ owned company made it onto the short list. It was let to IBM. The delivery was supposed to take about two years. After five years and $100,000,000 it was abandoned.

Many millions were spent having an American company develop a health system with no NZ input and it was then abandoned. I remember talking to the project manager nine months after they started. He had only just found out that we did not have the equivalent of the US Sprint telephone system in NZ and was having to redesign the communication system.

More recently Customs went to tender with a contract which essentially specifically excluded NZ companies. Companies like Orion have had to make major sales overseas before gaining any sales in NZ for their hospital systems. The payroll system let to an Australian company was a disaster. The IRD system, over $1,000,000, is being developed by an overseas company.

We are supposedly going to develop a high technology economy. Yeah right!

It is said within the IT industry that pioneers end up with arrows in their back. Is there anything you might have done differently, especially in regard to your international development which many, even at the time, regarded as audacious?

I would not chase Government work unless I was satisfied that we had a level playing field uncontaminated by a cringing belief that our New Zealand capabilities are necessarily inferior.

I would first work on local and overseas companies as well as overseas governments and state governments. The latter, like the NZ Government, want to know if you have delivered similar systems elsewhere but will look at your proposal in an unbiased fashion and the experience of your proposed project team. If this includes people (possibly one or two consultants) who have had the experience you lack as a company but are satisfied that your management is competent then you are in with a chance.

|  From the This email address is being protected from spambots. You need JavaScript enabled to view it. |  Monday 3 April 2017   |||

More in this category: What a Difference 11 months has made to Commerce Commission NZME & Fairfax merger Deliberations »
back to top
Nov 11, 2018