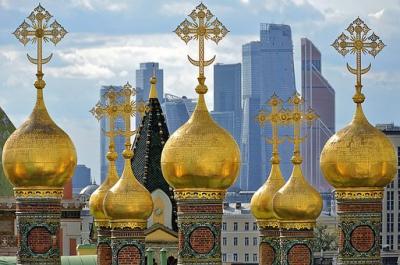 New Zealand instead began to build up a trade shortfall with the Soviet Union, importing twice as much as it exported, according to the most recent figures.

In the heyday of New Zealand –Soviet Union trade one of the most coveted documents in the entire western alliance that the Soviets wanted to get hold of was the New Zealand meat export schedule, detailing the price that the NZ Meat Board required.

The nation’s most famous Cold War espionage incident centred on early access to this export price schedule which the Soviets needed as a guide to their own global procurement.

In this same Cold War era New Zealand engineers constructed meat processing works in the Soviet Union –and got paid.

Deputy prime minister and foreign minister Winston Peters has mooted a customs union with Russia and one including a number of former member states of the old Soviet Union.

In 2010, New Zealand, Russia Belarus and Kazakhstan agreed to start negotiations on a free trade agreement .

So New Zealand along with EU has a reverse such arrangement with Russia as a participant in the subsequent embargo called up by the United States.

.In fact the picture since then has been clouded hardly surprisingly by reprisals against New Zealand primary produce exports.

New Zealand taxpayers in the nation’s ardent courting of a free trade arrangement with the Gulf had to supply a free meat processing works to Saudi Arabia.

This carries weight in the matter of entering into an enhanced trade arrangement with Russia, a country that actually paid for their meat processing installations.

The advantage of a Russia scheme in comparison with the original Trans Pacific deal is that New Zealand will enjoy an improved equal partner role.

A problem with the Trans Pacific Partnership deal and its offshoot scheme is that in anything involving North America, the United States and/or Canada, a nation such as New Zealand becomes the junior partner.

This means taking a place toward the end of any favoured nation queue.

An unspoken problem with North America is that Canada is a primary produce nation.

Another is that the United States is the world’s biggest food exporter.

Neither do you have to be a small nation to become pushed around by North America.

Take the instance of France in the US-inspired embargo of Russia.

France was on the verge of a gigantic showcase export of naval carriers to Russia.

This deal was cancelled and the Russian delivery crews sent home.

NASA was similarly sewing up a technology deal with its Russian counterpart.

The United States policy in these matters has long been clear.

In contrast to the Gulf and in contrast to Trans Pacific, the Russian trade arrangement is a simple one if only because it confers a stronger emphasis on equality

In the orchard of customs unions/free trade deals it represents the low-hanging fruit.

| From the This email address is being protected from spambots. You need JavaScript enabled to view it.  ||  Tuesday 13, February 2018   |||

More in this category: « Emails must be treated as Public Documents Real Reasons for Prince Al Waleed’s Quarter Year Captivity Will Never Be Known »
back to top
Nov 11, 2018