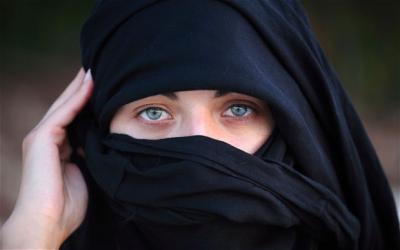 The monarchical determination by the end of this year to run a test flotation of 5 percent of Saudi Aramco with a view to realising $100 billion can now be seen as a race against time to beat the clock before more Western funds and banks turn their faces against oil.

Now the Bank of England is re-evaluating Britain’s public investment in the same funds.

This means that New York and London, the world’s two financial centres are suddenly turning hostile on ethical grounds to exactly the kind of IPO planned by Saudi Arabia’s monarchy.

True a Russian–Chinese consortium has said it will take up the slack and fill the gap.

Such an acquisition would also mean that the United States would lose the ability to have any measure of control over global oil output, and thus over the price.

The other problem which nobody wants to talk about is the danger of these countries acquiring all or part of Saudi Aramco and then failing to pay for it.

They are outside the dollar zone which means that the United States will be unable to whip them into line.

This means that Saudi Arabia would be unable to pay for the protective defence curtain that that the United States has thrown around the Kingdom since it was inaugurated by Ibn Saud.

The politically-appealing emphasis on “renewable” energy continues to mask the main problem with it which is storing it.

Electrical storage was long a backwater in the entire energy field and is still in a state of catch-up.

This tends to be disguised by test-bench prototypes and select premium yet high profile electrical applications in personal transport.

Europe’s accelerating reliance on Russian gas meanwhile, should Russia obtain a cornerstone investment in Aramco, will put these US allies increasingly under Russian thrall.

This means the still further dilution of the effectiveness of embargoes instituted by the United States against Russia.

The municipal ethical funds boycott of fossil fuels is snowballing, and thus so consequently is the pressure on Saudi Arabia to take Aramco to market.

The Saudi Aramco privatisation is characterised by a reluctance throughout the western alliance to discuss its wider implications and this in turn can be attributed to the wall of silence, a commercial veil, drawn across oil, and also coal.

This veil of silence is also due to deliberately fuelled yet false optimism about for example electrical transport the energy for which is derived from something else, somewhere else which is still oil or coal, and likely to remain so for quite some time in the future.

The arrival of the Russian- China consortium as a keystone contender for Saudi Aramco has had a sobering effect on the cumulative effects of western public demonization of oil.

This demonization now presents the proprietors of Aramco, the Saudi monarchy, with a diminishing reservoir of institutional funds that can be invested in their privatisation scheme.

It also now starkly reveals underneath this veil of energy respectability the threat presented by Saudi Arabia becoming a Sino Russian protectorate.

Instead of a United States protectorate.

More in this category: « Government Agencies Involved in Funding Hillary Clinton Visit to Auckland in May Philippines is Immense Commonwealth Opportunity “Hiding in Full Sight” Claims Ambassador Jesus Domingo »
back to top
Apr 30, 2018