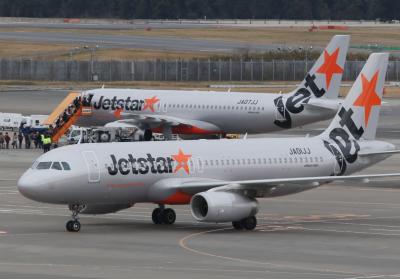 Japan Airlines is set to establish a new low-cost subsidiary ahead of the 2020 Tokyo Olympics. JAL currently holds a stake in Jetstar Japan.

Asia is to have yet another low-cost airline as Japan Air Lines moves into the field, launching a medium-to-long-haul budget carrier.

Reports in Japanese media say the airline plans to have the offshoot up and flying by 2020 in time for the Tokyo Olympic and Paralympic games, which start in July of that year.

The Nikkei Asian Review says JAL plans to target both outbound and inbound travellers in Asia and Europe.

Qantas pioneered the art of running a cut-price carrier alongside an existing legacy airline and the model has spread around the world. JAL’s newest project may have been spurred by news that its arch-rival All Nippon Airways (ANA) plans to merge its own budget carrier Peach Aviation with sister airline Vanilla Air, creating a smooth and creamy blend that should be more attractive to the Asian market.

Reports in March said ANA Holdings had decided to consolidate Peach and Vanilla, the pair of budget carriers, by 2020 to create a more competitive combination. See: Blend of Peach and Vanilla to flavour low-cost market. Peach Aviation is a consolidated ANA subsidiary and Vanilla Air is wholly owned by ANA.

JAL’s routes are not expected to overlap existing JAL international routes but may well compete head-on with the likes of Peach and Vanilla (or blend thereof), as well as foreign cut-price carriers.

JAL has a foothold already in the Japan’s domestic low-cost market through its investment in Jetstar Japan with Qantas. JAL is also facing increased competition on international routes into Japan from Singapore’s Scoot, Thailand’s Nok Air and Malaysia’s AirAsia X.